And then came Saturday! Mostly it's notable because Amy Sheep is not at work, otherwise, as I mentioned yesterday, it's just another day of my indefinite unpaid vacation...well, that would be the pessimistic view for sure, but back on planet DIY it's time to re-finish those bits of the hardwood floor that I previously repaired.

Started off with final sanding to 320 grit with the trusty two-year-old whippet. 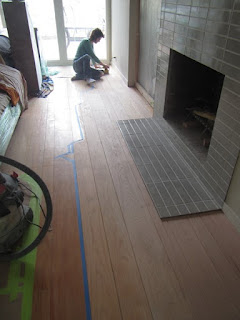 Vacuuming was carried out with the cocker-spaniel puppy. 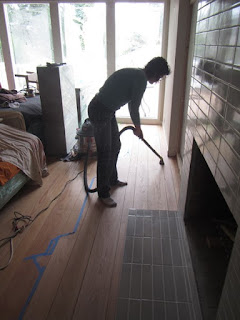 The first coat of polyurethane varnish was diluted with 33% mineral spirits by volume and applied with our short-haired chihuahua. 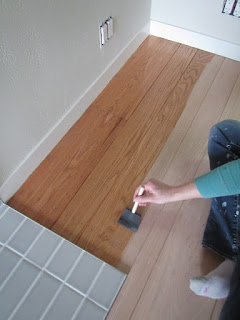 This is after the first coat was applied: 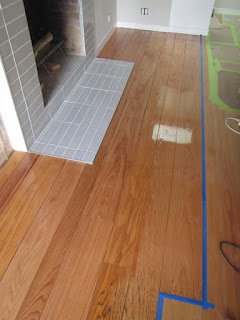 Back in November 2019, when we were painting the hallway, we also wanted to paint the entry door, and we did get as far as putting primer on both sides....but we never got any further, mainly because it was too cold to take the door off for any length of time. 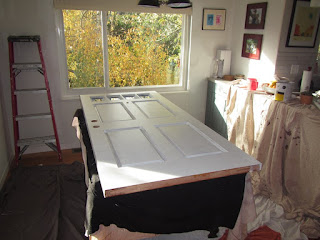 Not so today! It was a beautiful day in the East Bay with the mercury is pushing the high 60s, so we took the door off and got on with applying Benjamin Moore Knoxville Gray (2 coats) to the interior side. 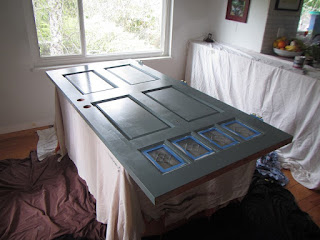 I installed a bunch of dawn-til-dusk security lights and ring cameras sometime last year, and I took down all the 80's-themed tat, but it took until now for me to get around to touching up the exterior paint around the fixtures and at the bits of siding which I patched. 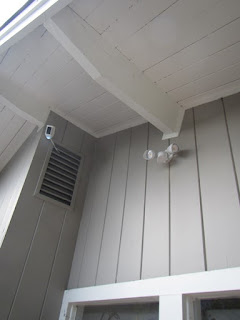 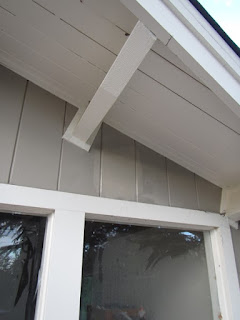 I re-hung the door after it dried because t'was getting a bit nippy. Tomorrow we'll paint the other side. 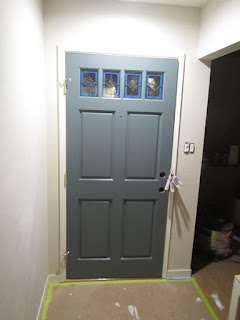 The floor was dry by the end of the day so we put down the first full fat coat of polyurethane and then called it a day. 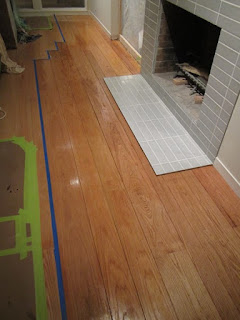