So, where to start with a very functional home, but one that from a design perspective at least, is firmly rooted in the dreaded 1980's? The answer, is with the boys bedroom which needed serious attention to convert it from a bland office space, complete with its ridiculously old fashioned "paper slots" into a functioning modern live/work space for two pre-teens. 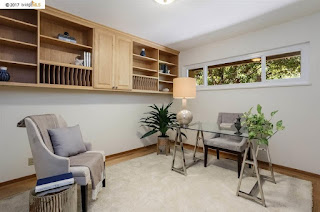 The project started with a lot of internet-based research and one of the largest piles of boxes I've ever had delivered... 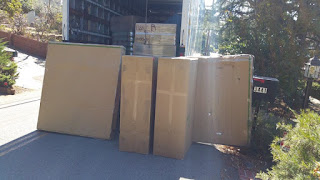 Getting them into the house was a serious undertaking. 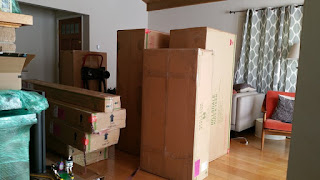 It's fair to say that taking down some shelves, painting the walls and assembling some furniture does not make a particularly interesting series of pictures, so those parts didn't make it into the blog.* However, we did get a lot of help painting the shelves I installed in the closet, which is definitely worthy of inclusion: 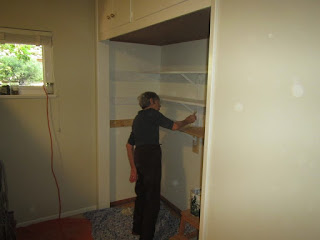 The "after photos" were actually taken about a year later - just in time for this blog as it happens. By this point the room has been well and truly "lived in" 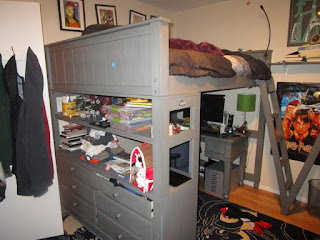 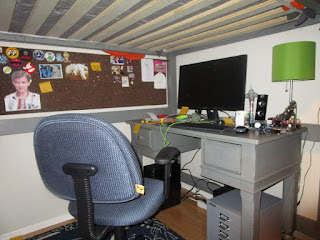 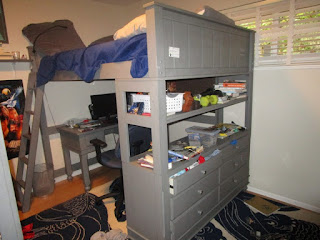 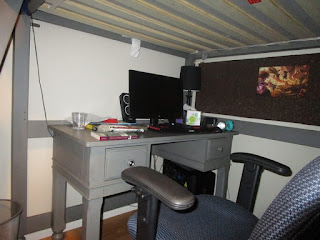 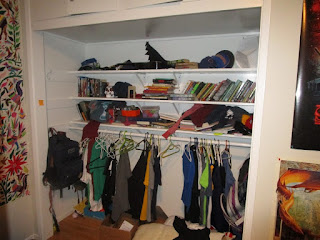