Let's get back at it! The kitchen remodel has moved on a lot in the last few months. After the tile was gone, and the walls repaired, it was time to prep for the new countertops. Ripping out the old "some-kind-of-80s-plastic" counters was easy because they were not mounted to the cabinets. Once they were gone, I installed a ¾ inch plywood base for the new granite counters 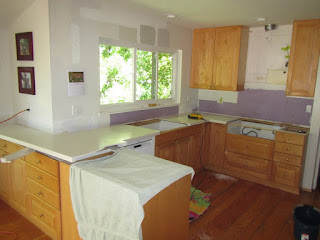 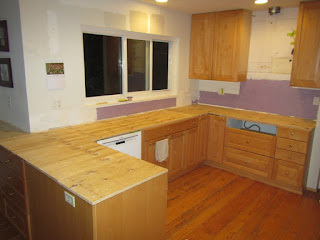 We hired professionals to manufacture and install the countertops. We had them install the new single-bowl under-mount sink at the same time. I did the plumbing myself. 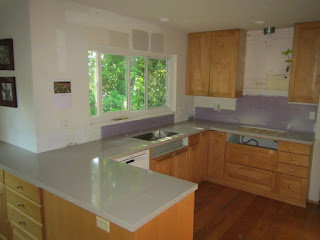 After the countertops were installed it became apparent that the drywall at the dining room side was badly bowed.....so we cut it out, installed some shims against the studs, and fitted another piece of snazzy purple drywall. 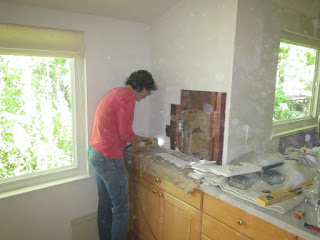 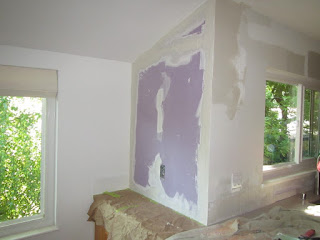 I had to put some blocking behind the wall above the stove so that there is somewhere solid to mount the extractor hood. 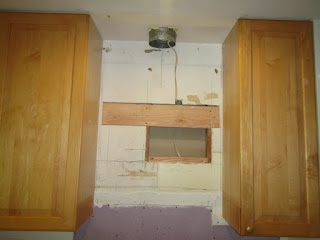 This one is later after I patched the dry wall and trial installed the hood - basically it is suspended from two heavy gauge screws. I had to figure out the precise location for the screws before the new wall tile goes up. 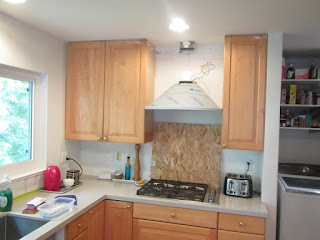 Onto the lighting: The original ceiling-mounted cabinet that we removed right at the start of the project had an under-mounted light, which we wanted to replace with pendants. The first step was installing the mounting boxes at the ceiling and running the cables. 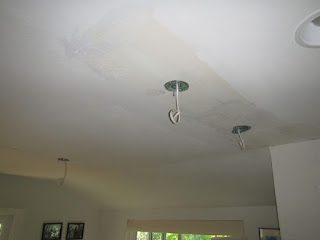 Figuring out the wiring at the wall switches was a bit more complex because I decided to replace the antiquated wiring at the dining room light at the same time. 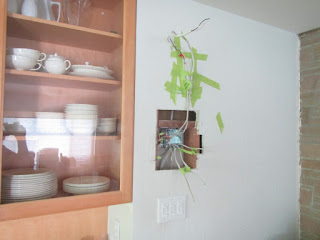 Then it was time to do the usual rinse-and-repeat of skimming the new drywall followed by applying texture. 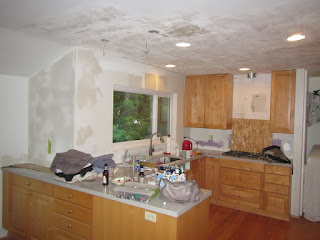 The new lighting fixtures above the counter and in the dining room were installed a week or so later. 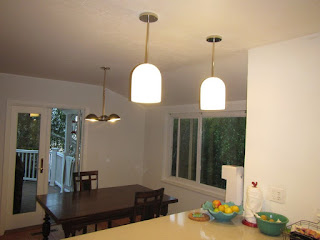 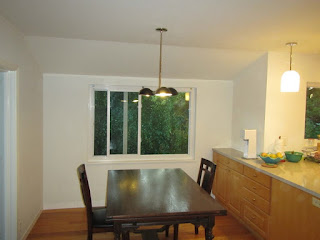