Last Spring we built some raised beds in the yard at the side of our house - we put them where they would get the most sun. Over the last few weeks, we've been pulling weeds, digging in manure, tidying up the yard ahead of fire season, and planting our first crops of 2020. 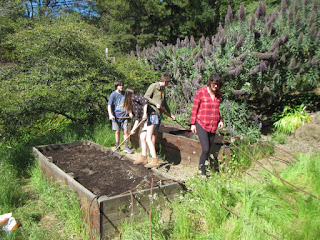 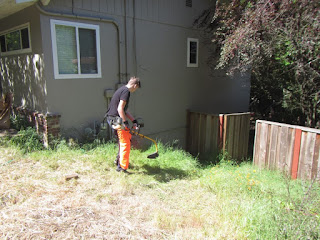 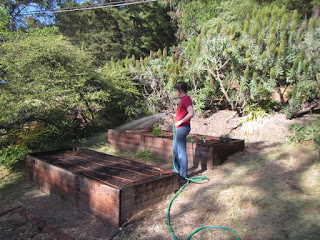 What we really need is a shed close by where we can store our garden tools and Quinn Sheep's weed wacker. The ideal space for the shed to go is at the bottom of the slope beyond the gates. This is what that section of the yard looked like about three weeks ago when this project was at the "planning" stage. 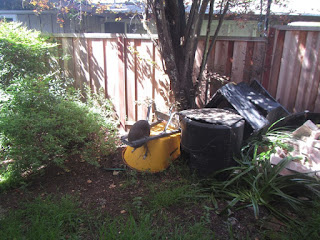 Moving the wheelbarrow and the compost bins was the easy bit. I also had to get rid of the pile of stone that came from the fireplace remodel - about eight barrows worth actually... 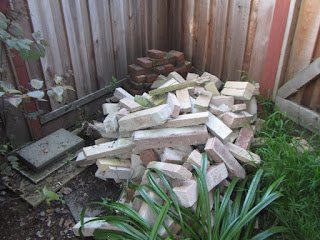 And the some-kind-of-cherry tree. On first glance, this looks like a nice tree, and it does give quite a bit of shade to this part of the yard. 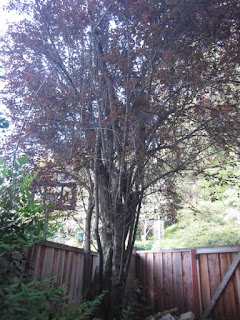 But it is also over-mature - the tree has been savagely pruned a number of times in the past, and most of what is left is trunk - the photo below was taken before I fired up my chainsaw: 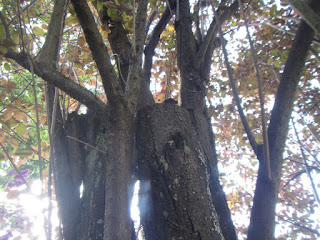 This one was taken after about an hours' worth of work trimming off the lower branches and dragging them out of the way: 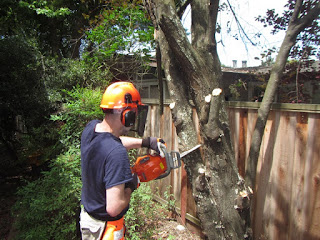 I've had a lot of teething troubles with the husqvarna chainsaw, but this time around I got it set up properly and it worked very consistently. It is a genuinely nice piece of kit - I spent plenty of $$$ and ended up with a professional tool that I like a lot.

The low-hanging branches were quite easy, but there was still plenty of tree left: 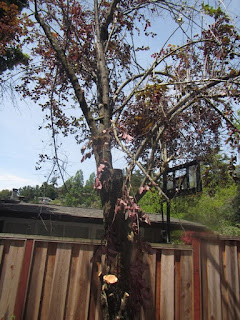 This is the situation after another round of cutting from a couple of rungs up the step ladder. It is worth noting that most of what is left is dead branches; probably less than 25% of the tree had leaves on it. This was where Amy Sheep started to wonder if the tree might not be "a bit too f$%king big" to do ourselves. We still had about twenty-five feet of tree to deal with and we didn't want to bring it down on top of the fence or our neighbor's roof. 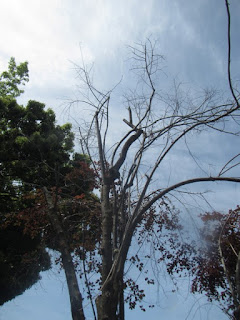 I still thought we could manage it, as long as I could find someone else to climb up the tree and attach the rope.... 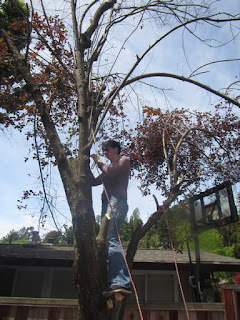 ...and then pull on it while I re-launched my chainsaw-based attack from the top of our wobbly step ladder. Taking pictures during this operation would have been asking for trouble, however it proved successful the first time, so we rinsed and repeated.... 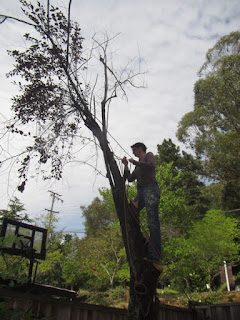 Which left us with about ten feet of trunk to deal with: 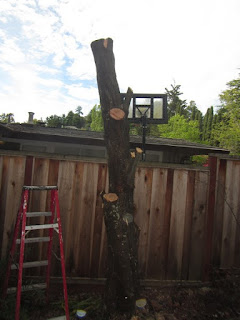 And that was obviously no match for the husqvarna 450. 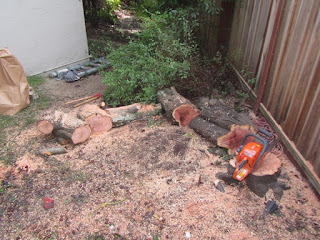 Yes, I win!! This was very satisfying because I have never really used a chainsaw before and I've never been project manager when felling a tree before either. I helped my Dad's friend Elvis take out a whole bunch of trees, but he knew what he was doing. I always think where there's a will, there's a way, and it's an attitude that's served me well. Except when I can't be arsed to do something.... 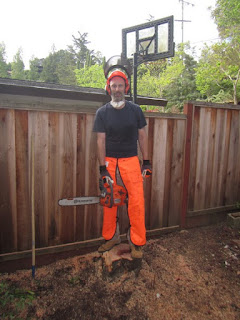 Stacked up the bricks out of the way... 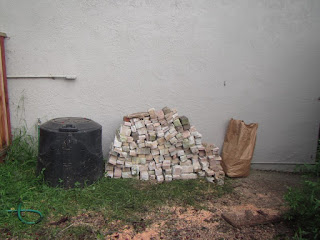 Our tool shed will be going in this space soon: 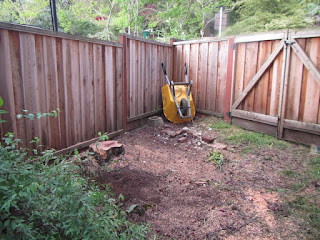 Before that, we have a huge pile of trimmings to deal with... 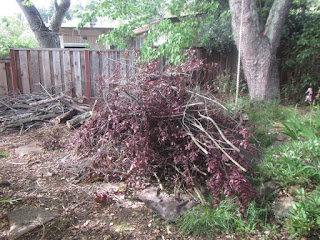 And a LOT of firewood to chop up! 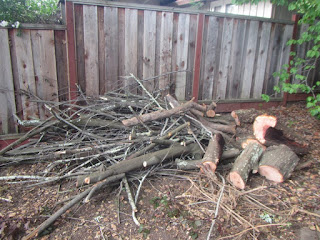