This project has been a battle against the elements. It all started by at the beginning of February when we picked up a bunch of redwood lumber from out local big-box store. Redwood is more expensive than regular lumber, but it has a natural high tolerance to fungus and dry rot etc. Using chemically treated rot-resistant lumber is discouraged for this application because ultimately the chemicals leach into the soil. 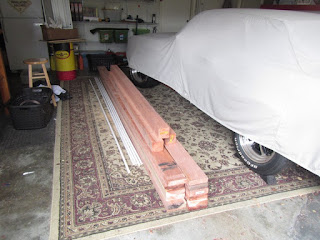 We actually assembled the short sides of the planters in the garage because it was raining at the time. 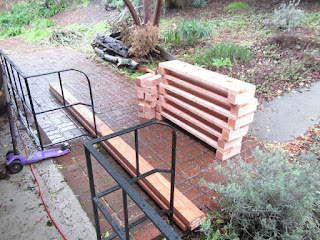 After lunch it brightened up for a bit and, with help from my apprentice, we got the first planter constructed and roughly installed before the skies re-opened. 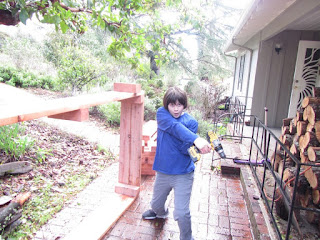 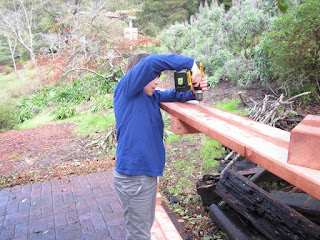 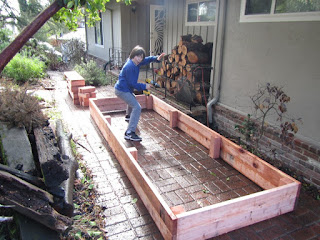 This photo was taken a few days later when normal weather had resumed: 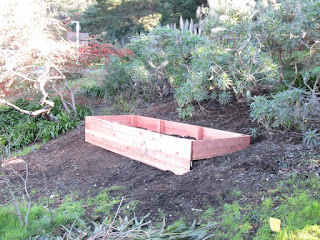 What followed was a number of weeks of being too busy or the weather being too wet, but somewhere in between we managed to get the second planter put together and roughly installed. 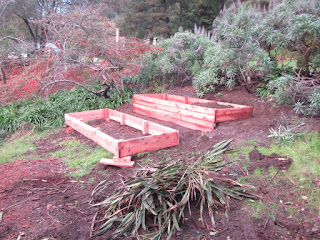 Fast forward to the beginning of April and with the improving weather we managed to level the second planter, and dig out above the upper planter so we could get our shinny new wheelbarrow around the back. 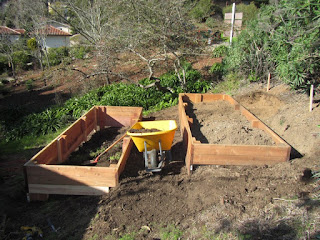 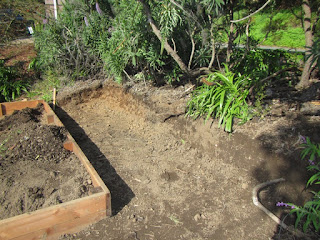 The dirt we removed was pilled into the planters: 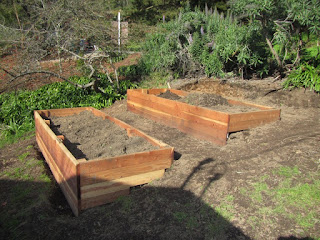 A couple of weeks later we picked up about 400 cubic yards of top soil and our first batch of plants and this was the result: 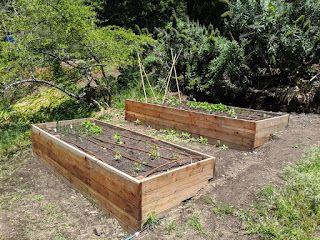