Boarding Out the Attic

So, onto the attic then? It's probably fair to say that most people, when they move into a new house, don't immediately think about boarding out the attic. But then most people don't have the amount of "stuff" that we do. And anyway, we've never been most people.

The attic, in it's unmolested state, certainly had some positives: For a start it was huge, and it was fully insulated with good quality fiberglass material. It also remains one of the few attic spaces where I've yet to discover any rodent scat. Still, the small access hatch was located at the top of the basement stairwell and there were no floorboards anywhere in the attic. 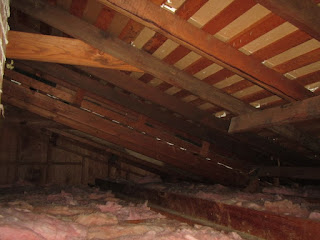 I called in the cavalry over the Thanksgiving holiday in 2017 and we spent the first morning carving a suitable hole in the hallway ceiling to accommodate my flashy pull-down ladder. I chopped out the joists with a combination of the circular saw (first bit) and and oscillating tool (last bit) and I cut the joists about 1½ inches beyond the opening in the ceiling. The lighting cable running through the middle made it all a bit more complicated.


Framed around the new opening with some 2" x 6" lumber which I installed with the awesome DeWalt cordless nail gun I bought specially for this project. 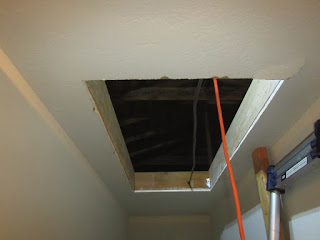 We spent the next several days and more parts of weekends than I care to remember boarding out the entire attic with ½ inch OSB sheeting which we installed with 1½ inch drywall screws. There was a lot of trimming to make the boards fit around various obstacles and a lot of shimming because the floor joists were not uniform. Fortunately I had a LOT of help :) 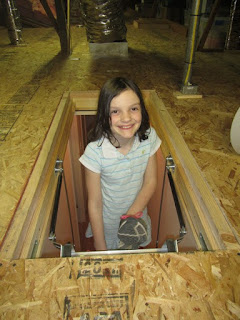 We finished up by installing some pre-primed trim around the opening which covered up my slightly jagged original cuts. 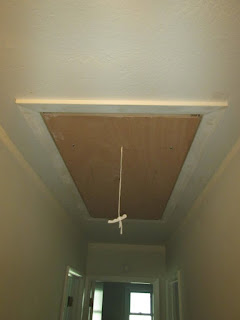 After the boarding was done, I installed a bunch of antiquated florescent strip lights which were most recently installed in the shed at our last house. I think this is the fourth (and hopefully final!) time I've wired them in somewhere. 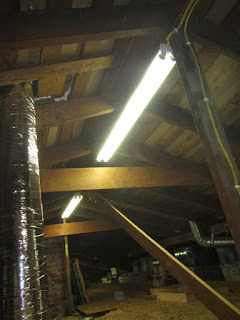 We also installed a thermostatically controlled extractor fan at the gable end... 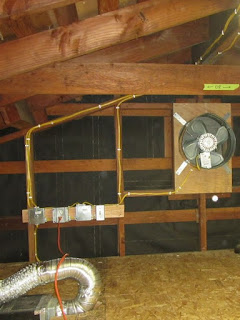 ...and made it so both bathroom extractor fans actually vent to the exterior rather than to the attic space. 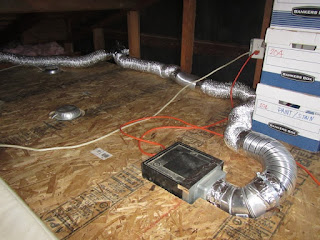 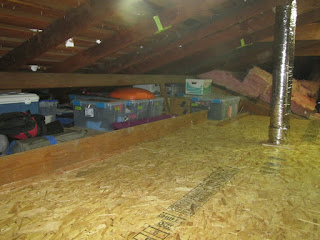 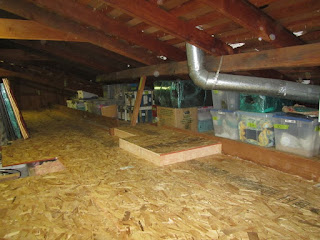 Both the asbestos coated flues were wrapped in foil tape to encapsulate the material. 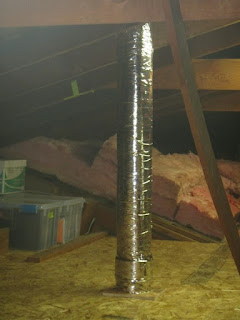 Painted the attic hatch and trim 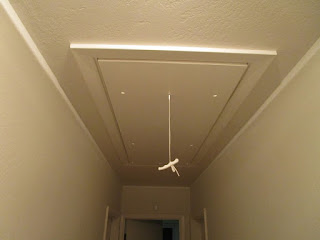 Filled in the old opening at the top of the basement stairwell. 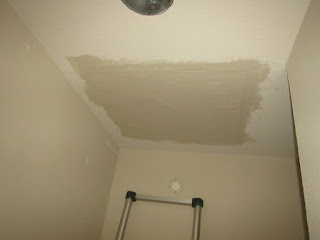 I had to re-texture the whole of the stairwell ceiling to hide the repair. 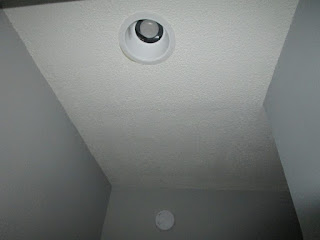