Setting Up the Workshop

With the basement out of the way, we were all done with urgent projects. Time to do something about my workshop. It would be no exaggeration to say that the basement/workshop space was a huge part of why we chose this particular house. Well, that and the double garage...!

The PO had left a bunch of old kitchen cabinets on the back wall in the workshop, and on the other side was the old L-shaped kitchen countertop and sink. 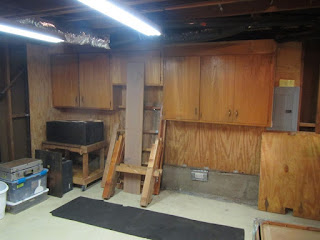 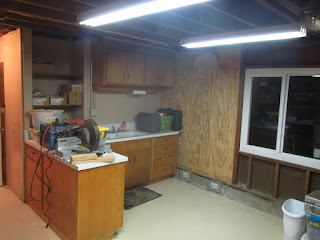 The other side of the was basement was basically an open space when we first moved in, and we quickly filled it up with boxes... 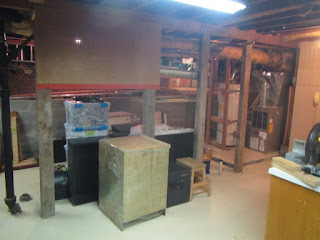 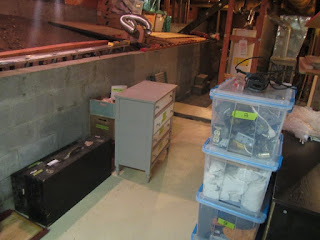 My first attempt was to park my workbench and table saw in front of the cabinets. I had to take one cabinet off the wall so I could fit the mire saw on top of the table saw. 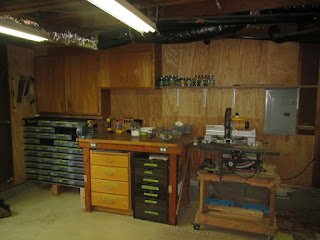 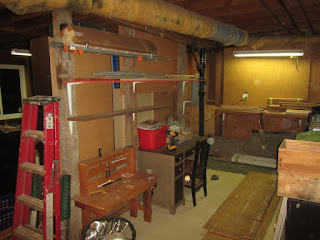 This was pretty much how the workshop stayed for at least six months until I got around to replacing the crappy florescent strip lights with (a lot more) modern LED strip lights.


While I was doing the lighting I also upgraded to outlets in the workshop. I was lucky that the sub-panel had plenty of space for extra circuit breakers so I put the table saw on its own breaker - no more flickering lights when the blade chomps on a particularly tough bit of wood! 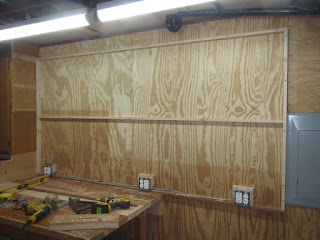 I installed an (almost) 8' x 4' sheet of peg board above the workbench at the expense of the central cabinet. 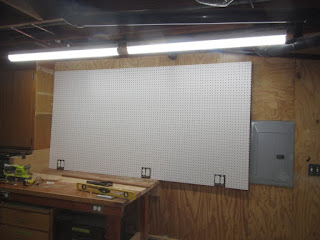 Made sure to fit it around the new outlets. 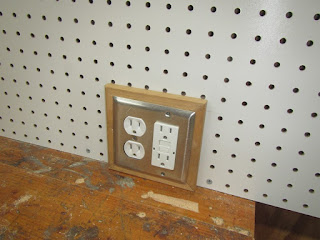 Spent ages hanging tools on the peg board. I ended up buying a second set of wrenches and screwdrivers so I can keep the other set in the garage. 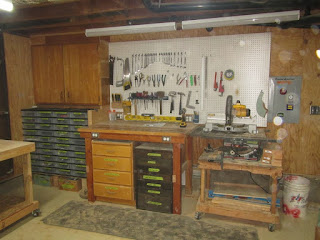 This is how the other side of the workshop looked up until this point. 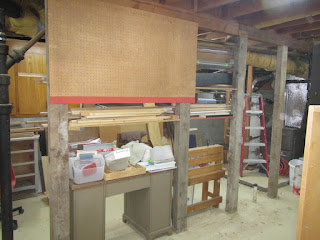 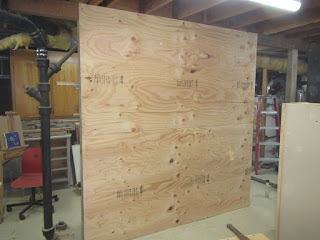 Parked some shelving units in front of the panels. 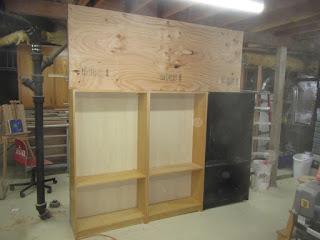 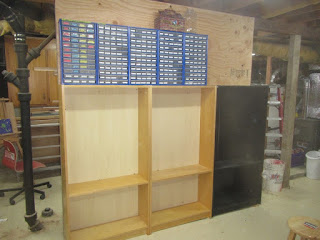 Filled the shelves up with all the usual workshop-related junk. Bring on the next project! 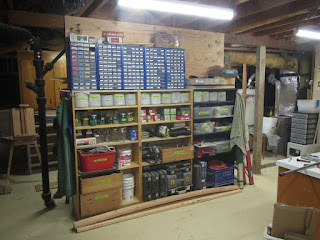