OK, so with the roof and the shower fixed, time to do some serious re-modelling. The living room and dining area were dominated by a double sided brick fireplace and chimney breast. It probably looked rad in the late 50's, but we just weren't diggin' it. 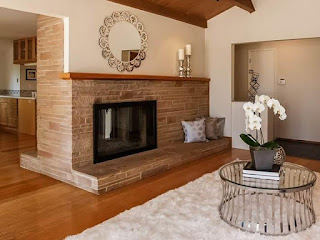 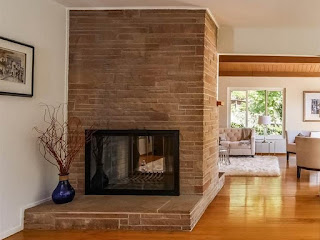 We did really like having an open fire and wanted to keep it, even through it didn't draw properly. 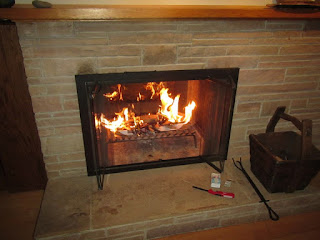 But the dining room side was just a dumping ground for crap. I wanted to make this into a usable space. 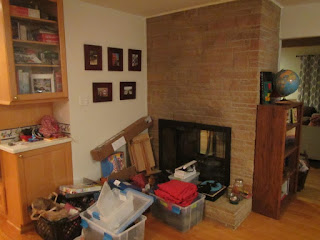 I got things rolling by ripping out the hearth. 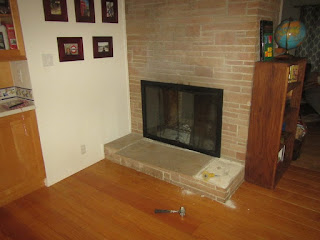 We were actually shocked by how much rubble this operation generated. 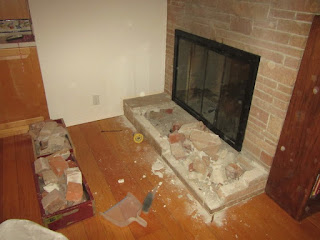 Cleaned up and took the glass doors off the fireplace. 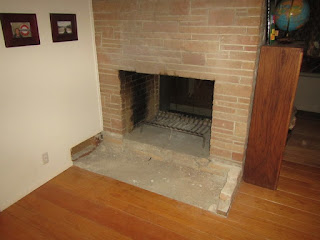 I think I probably could have bricked up the dining room side of the fireplace on my own, but it would have been a lot of work that I don't really enjoy and I doubt that I would have done a great job. Instead I had Paul Goodacre from The Chelsea Chimney Co do it for me, and he really did do a great job. 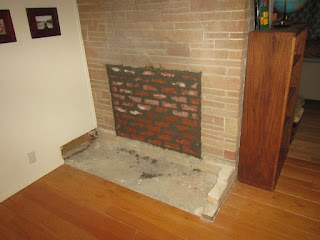 I looked just as good from the front. 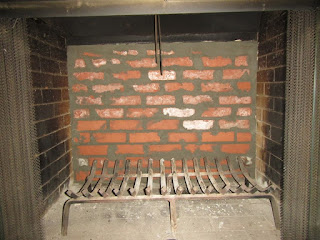 Paul came back the next day and installed the bit we'll actually see. The gap between the yellow fire brick and the red clay brick is crammed with fill. I snapped the photo below while Paul was finishing up. There's really no way I could have done this myself to anything like an adequate standard. Fortunately I didn't have to. 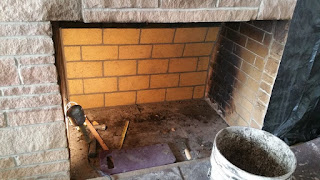 What a fantastic job he made of it. 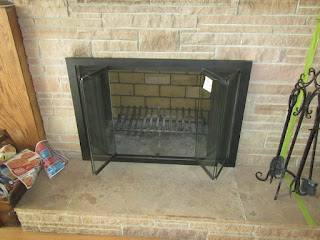 It's not obvious in this photo, but the back of the firebox is sloped so that the size of the flue opening is reduced by half. This means that the fire draws property - although we didn't find that out for a couple of weeks because we had to leave the mortar to cure. We also had Paul sweep out the chimney flue while he was here. 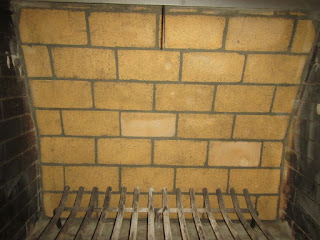 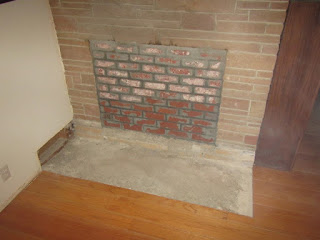