Widening The Pathway part one

It's a first world problem, but the bottleneck in my basement/workshop space is the narrow gap between the cinderblock retaining wall and the gas line which serves the water heater and the furnace. Obviously it doesn't help that half of the space available is taken up with some sheets of plywood and a spare hood for the '68 that has been sat in one place or another for the last ten years. 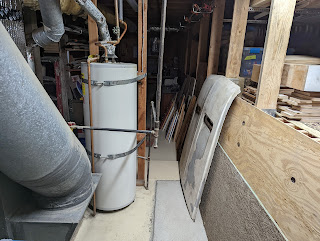 This is the same space a few hours later after I hoiked the hood into the other half of the basement and relocated the water heater. 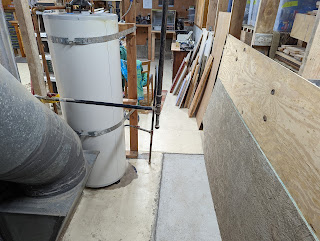 As you can see from the concrete floor, I only moved the water heater six inches, so the plumbing modifications were minimal, and I didn't have to empty the tank completely - I drained about two gallons and then used my body mass to reposition the tank. I had to move the blocking as well, but that was pretty easy, and I reused the original fasteners. The water heater was still working after this little exercise, you'll be glad to hear. 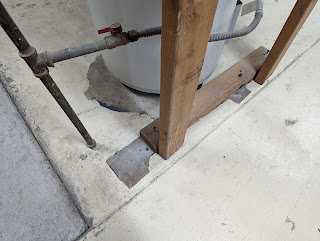 Now the gas supply line really is IN THE WAY! Stay tuned to see how this problem is solved! 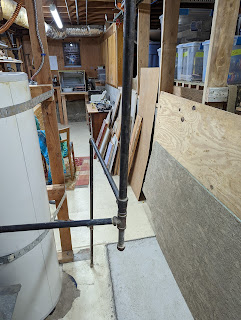