By this point I must say I was pretty happy with my workshop set up, but I wanted needed to get a woodworkers vise for an upcoming project. 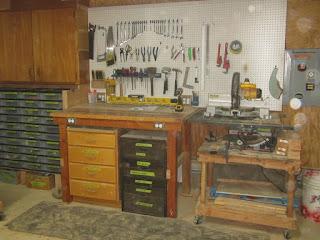 After selecting a suitable vise, I was reminded of the #1 rule of internet shopping: take something in a plain cardboard box, put it in a box three times as big, and send it out. GRRRR...! 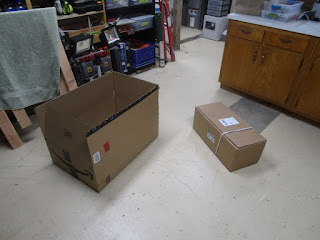 I started the install by peeling back the boards at the front of the bench. 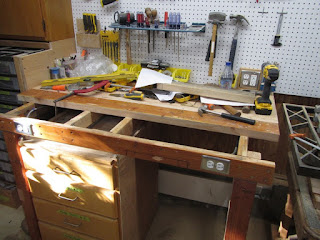 I cut a notch in the cross member to accommodate the lower part of the vise.... 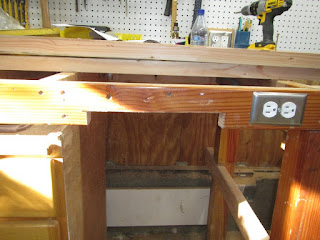 And notched the lower edge of the front board. 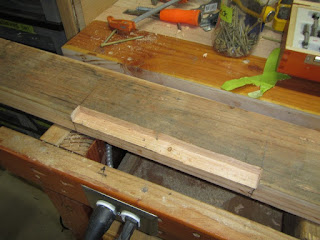 This is how it looks with the front board re-installed. 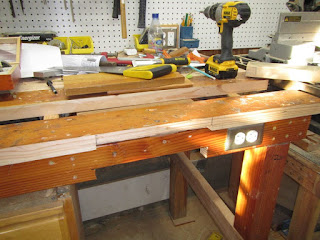 Installed the vise at the bench and tweaked it to get the jaws parallel with the front edge of the bench. 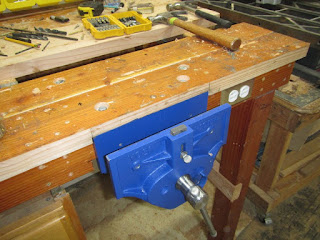 Here's a close-up view which better shows the need to cut those notches. 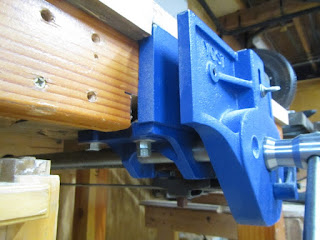 I packed the space between the vise and the bench top with some scraps of 2" x 10" redwood I happened to have lying around in the shop. 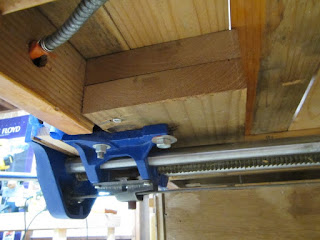 Re-installed the rest of the bench top. 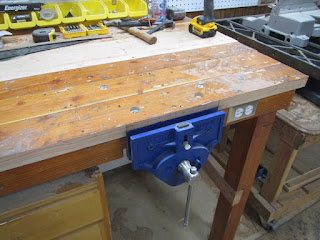 I added some oak trim at the perimeter of the bench which was attached to the boards with a mixture of glue and wood screws. 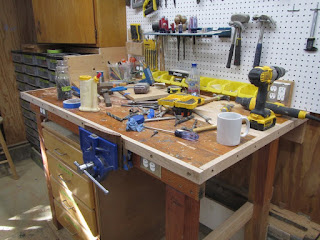 I also glued-up some off cuts from the trim to make the rear jaw. 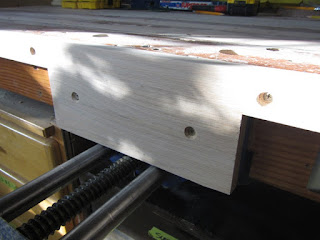 The bench top has been in use for...well, since 2007 in one garage ort'other, so I decided it was time for some tlc....if a good going-over with the belt sander can be called tlc! 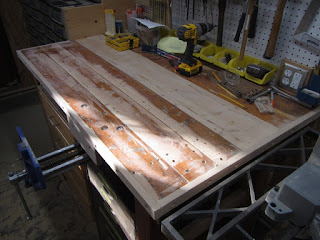 Filled all the holes and gaps in the bench top with plastic wood. 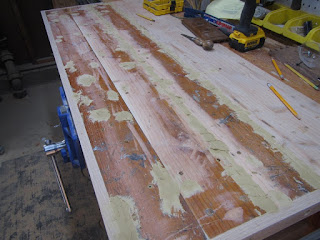 Sanded down the filler 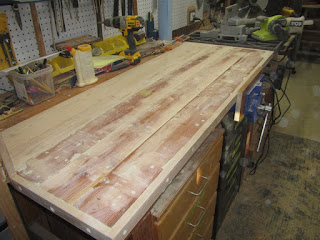 I plugged the screw holes at the trim with some ½ inch diameter oak dowel... 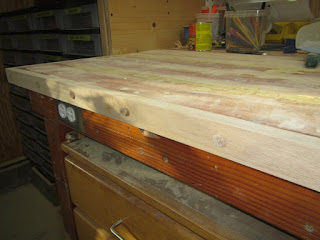 ...and trimmed off the excess. 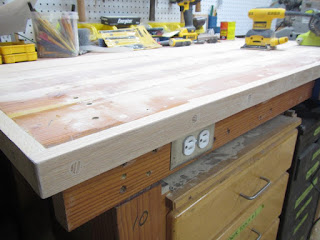 The bench top and trim got a couple of coats of varnish... 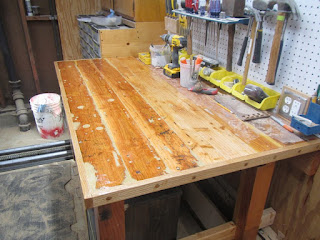 As did the oak front jaw. 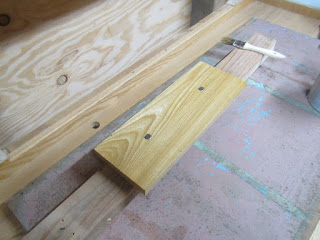 All finished and ready for the next project. So I went upstairs to put t'ettle on. 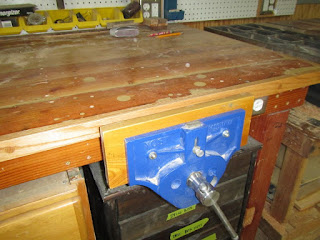