Last time around I was just finishing up the wiring for the outlets I'll be installing below the new window. The back boxes and some of the cable was actually installed when we had both sides of the wall open. 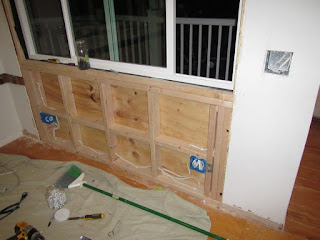 We also needed additional outlets below the existing window and at the third office wall. I will be adding an entirely new, and grounded, 20 AMP circuit for all the new outlets. I marked out a channel on the drywall below the existing window at the height where I wanted to put the new outlets. I used a spirit level to draw the two lines which helps keep them parallel as well as straight. 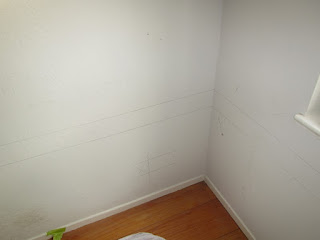 I cut out the channel with the my modern oscillating tool - back in the day it would have been a Stanley knife and a drywall saw. The drywall was cut vertically at every other stud and the pieces were numbered and saved for later. 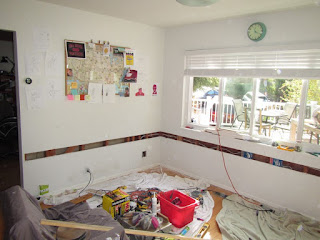 This is later. All the electrical cable has all been installed, which was made much easier by the Dewalt right angle attachment and a new set of spade bits. Most of the drywall pieces have been popped back into place and secured. 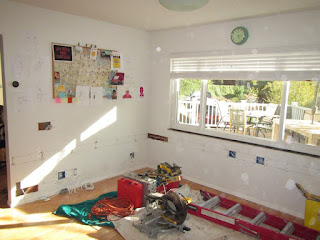 While I had the access, I took the opportunity to move the internet cable inside the wall. The PO's shortcut was a ¾ inch hole in the hardwood floor. I have a number of these to deal with someday... 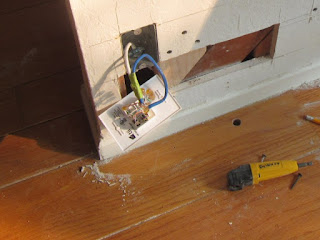 All buttoned up - in total, the internet was disconnected for almost forty-five (45) minutes! Ee by gum! Wars have started over less. 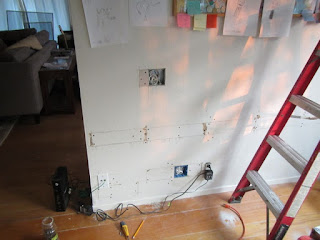 Moved back to the new wall and installed some insulation material 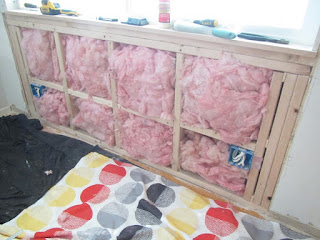 Installed a new piece of drywall below the new window. 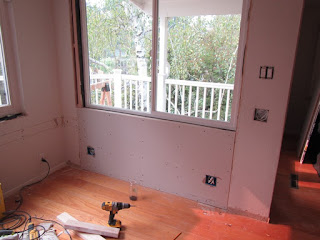 Next for the install was our custom ¾ inch solid oak window sill....or window stool to use the most accurate terminology. I also ripped out the original stool at the other window and replaced that with a similar piece of oak. 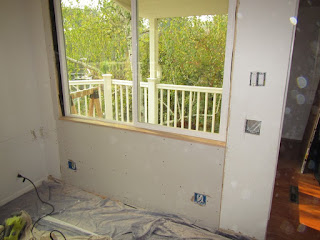 Strips of drywall were installed at the perimeter of the window and at the left side where we reduced the size of the opening by a couple of inches. All joints were covered with mesh tape. 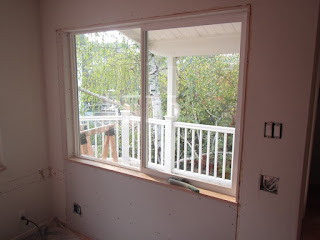 Skim coated the new drywall below and around the window... 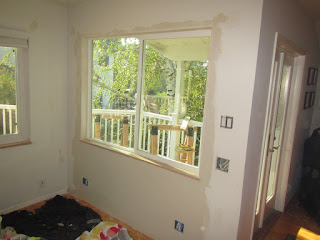 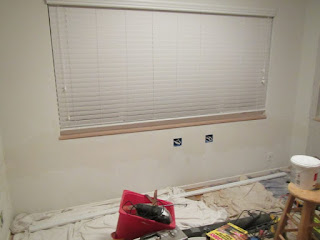 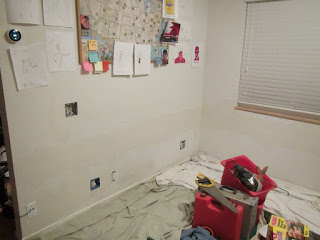 While the first coat of plaster was drying, both new window stools were sanded with 240 grit and painted with primer. 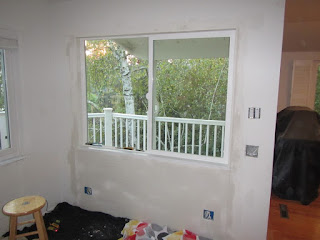 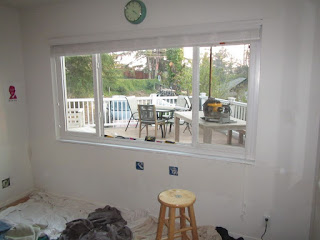 Moved back outside and installed trim at the top and bottom of the new siding and at the junction of the siding with the original stucco. The latter piece of trim was stuck on with construction adhesive, so we fashioned a few wedges to hold it in place while the glue cured. 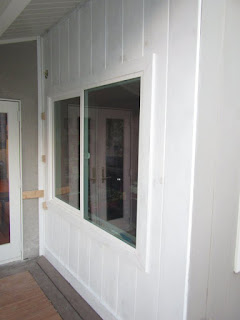