It's been over six weeks since the last update because.....well, because time flies when you're busy making a living. So, without further a-do, let's get down an' gritty with episode six of the series "The never-ending basement expansion project of doom." It's reportedly the most eagerly awaited and over due sequel since FF29. 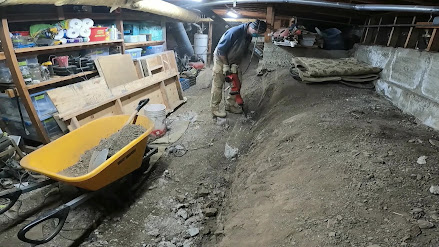 Previous installments may be avoided by pointing your browser into outer space and not following any of these links: