We've been pushing to complete the "building" phase of the front yard before we leave for vacation. Hopefully that explains the flurry of blog posts. This particular episode kicks off with installing the last bit of substructure for the steps - in other words the last section of concrete-encased timber. 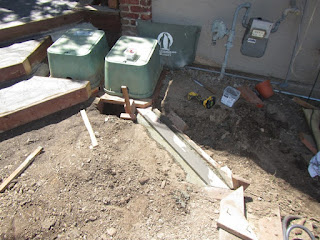 By this point I had managed to acquired enough 2" x 6" redwood to convert this: 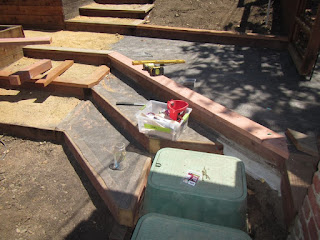 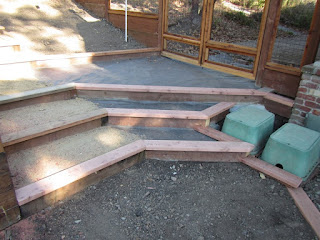 We need to get some more river rock to go around the irrigation boxes and cover the unsightly concrete that is still visible in this photo: 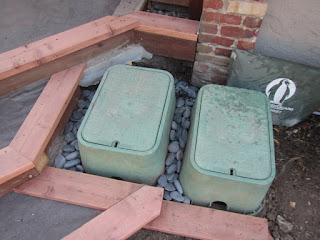 Time to connect the two (2) new irrigation valves to the controller. I also took the opportunity to connect the controller directly to the power supply at the back of the exterior outlet instead of just plugging it in. The conduit looks better than a loose cable and should be more tolerant of inclement weather....if we ever get any! There were a number of extraneous holes in the stucco after this operation was complete, which were filled with mortar and left to cure for a week. 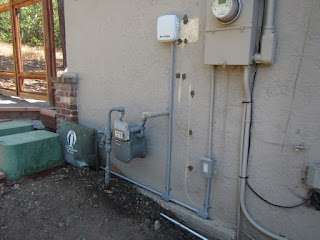 The following weekend, after a suitable breakfast of fresh salmon, Russian caviar and quails eggs, Any Sheep was on site and armed with a can of primer and a blunt pair 'ot sithers. 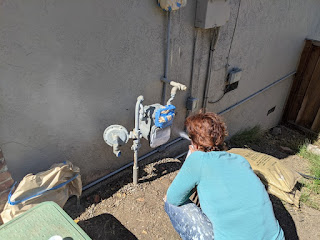 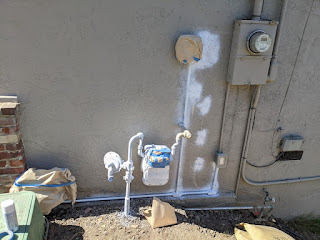 This is later after the first coat of house-color paint was applied over the primer: 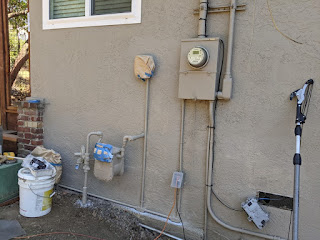 Yes, we even painted the gas meter too.... 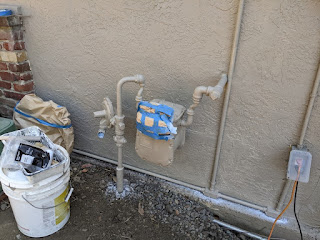 While the paint was drying we moved on to repairing the damage we caused to the weed cloth when we dug our irrigation trench. 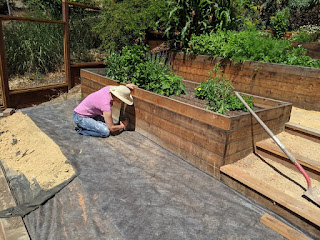 We need to get hold of some more decomposed granite for this area and for the new steps. 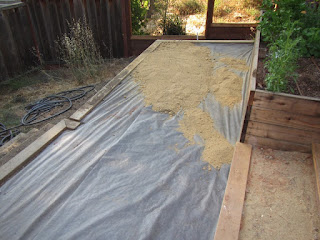 The weed cloth extends to the other side of the gate. One of the next things to go will be the rest of the brick patio in front of the entrance. 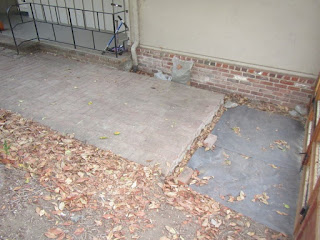 This is later after the second coat of paint and after the masking has been removed. 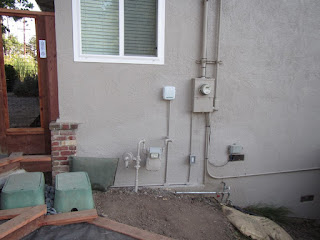 By now our raised beds are going nuts: 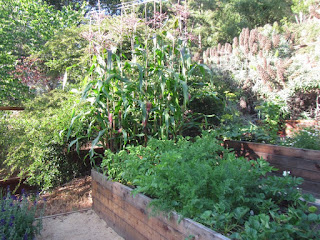 The corn is already more than eight (8) feet high: 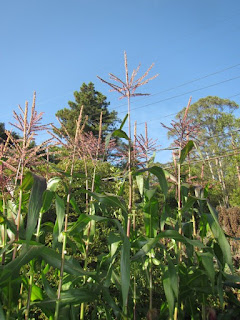 We also have our first bell pepper: 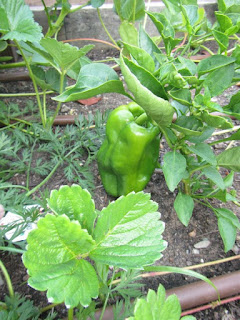 Carrots and potatoes coming along nicely: 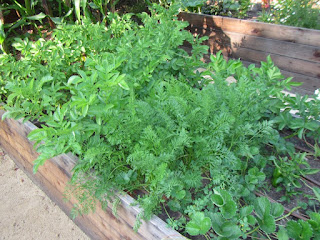 We'll be bringing in topsoil and planting pumpkins in this area in the next few weeks: 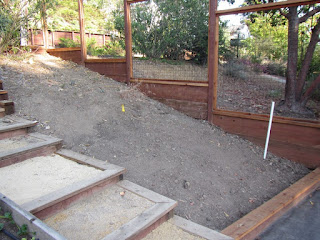 We still had a bit of time left on Sunday afternoon so we started clearing weeds, a (mostly) rotten tree stump and other detritus from the area in front of the house. If you look closely in the next photo you can see Delilah checking out our progress. 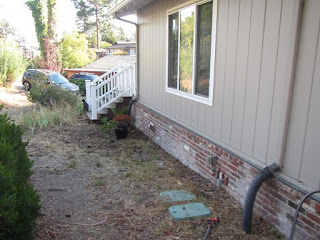