The last post, which appear in this blog at the end of last month told the story of work done up until our Christmas Holidays. And very nice they were too, thanks for asking. It has become traditional in the Sheep Clan to either flog our guts out over Christmas/New Year on some all-engulfing DIY project, or to do absolutely nothing productive whatsoever have a nice relaxing break from such activities. The year just passed was most definitely in the latter category, but do not let that fool you; since the turn of 2022, we have been hard at it with the concrete mixer and the finishing trowels!

I didn't take as many photos during this part of the project as I might have done, but oh well. The first step was to install a plastic vapor barrier - this means that if the drainage system fails the water will not leach through the concrete and rust out the rebar.

With that done, the floor was divided up into a grid where the lines in the grid/seams in the concrete line up with those in the sections we poured previously. This pattern dictates that the first section of the floor will be an L-shape. I installed the rebar after I built the forms which makes it much easier to building the forms, but impossible to remove them without total destruction. 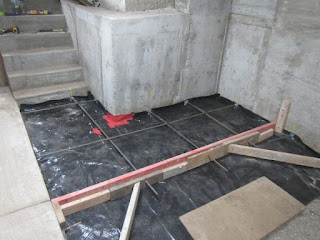 After that we mixed concrete and poured each section in turn. I used a combination of my float and the laser level to get the surface flat. 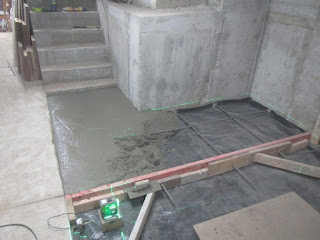 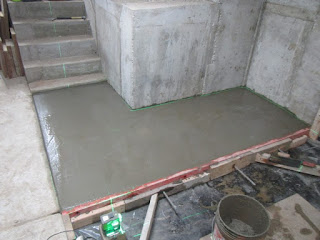 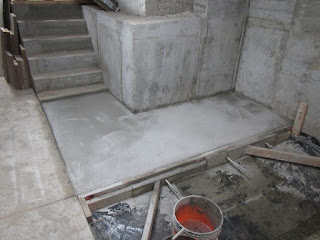 Over to the other side, and rinse and repeat: 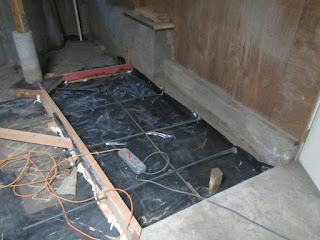 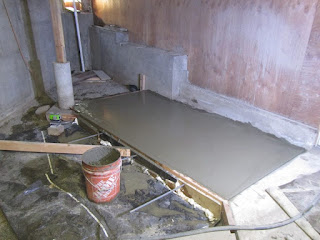 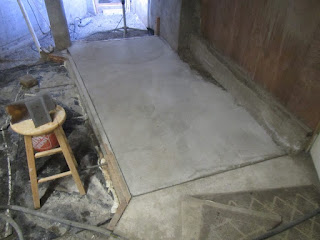 One day during this process I took delivery of some rebar - six (6) pieces, half inch diameter, 20 feet long. There was a long and rather confusing conversation with the delivery driver about where I wanted to the rebar to be put....until I realized he wanted to use his forklift truck to offload it!!!  OMG, I had to get my phone out and snap a photo to prove it happened! After he was finally done, I picked it up with one hand and dragged it into the garage in one motion. 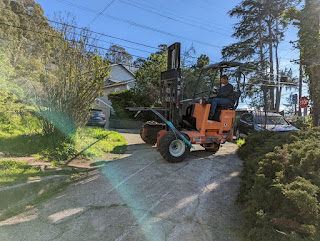 The small section around the sump pit was poured separately, and without any rebar. I want to be able to break this bit out if I ever need to, without destroying the floor. 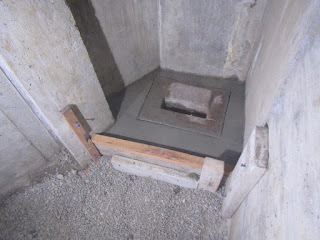 By now, the first section of the floor was cured, so it was back over to that side of the basement to pour the next strip. Doing the floor in sections means we only have to work intensively for a couple of hours at a time to mix the concrete; the finishing can then be done gradually over the next several hours without any input from Amy Sheep. 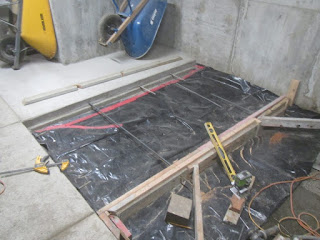 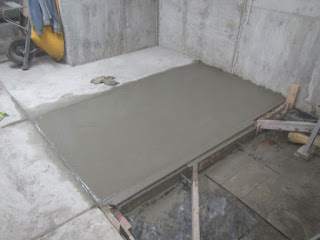 We continued leapfrogging from side to side a couple more times... 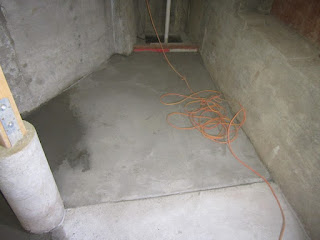 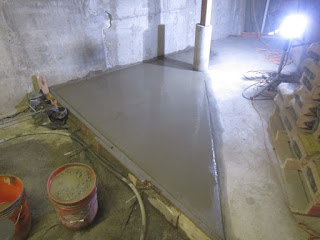 Until there was only one space left to fill in. We left the largest one until the end... 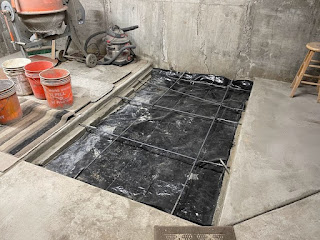 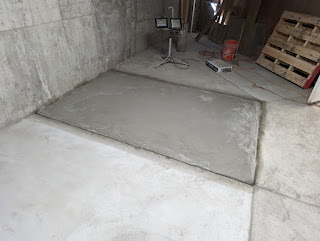 The two photos below we taken this weekend. It's been four or five weeks since the last section of concrete was poured. It that time everything in the basement and workshop has been swept and vacuumed to the point where I have gotten rid of all but the most stubborn concrete dust. I still have the concrete mixer and all the related infrastructure on hand for the porch project, but once that is done, I will be moving them on and freeing up this space for the cabinet saw. Totally new floor space, not including the bit we could previously walk through is about 350 square feet. One day we might have a fifth bedroom and fourth full bathroom down here..... 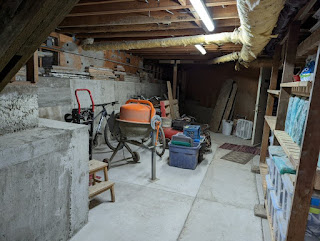 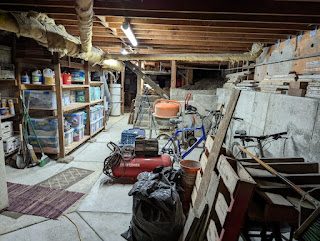