The sump pump that we installed in the newest part of our basement has been working very well over the last year or so. The only slight issue is that the discharge line was never properly finished because we were waiting for our new driveway.  This is how the exterior portion of the pipe looked a few months ago: 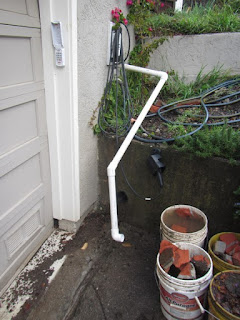 The interior section wasn't much prettier: 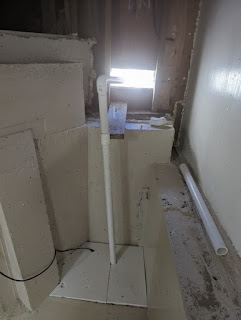 I thought I could do a bit better. The primary target is to have as little pipe visible at the exterior as possible, which basically means making the exit hole low to the ground instead of just routing the pipe through the ventilation opening. The foundation is in the way in the basement, but in the garage there is no such issue.
I started by boring a hole through the wall between the garage and the basement: 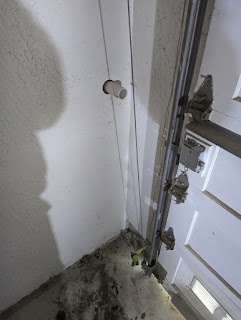 The hole at the garage exterior wall was much more difficult. I destroyed at least two hole saws trying to bore through the stucco before I switched over to a small cold chisel. 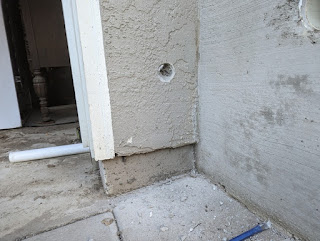 Once the holes were bored, I went back into the basement and disconnected the existing discharge pipe. There was a tiny amount of gravel at the bottom of the sump pit which I removed. 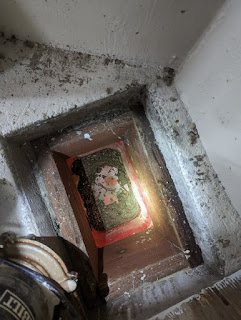 Reconfigured the discharge line inside the basement to pass through the wall into the garage: 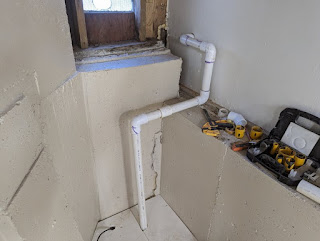 I bored the hole at the garage side of the wall with a slightly larger hole saw so that the elbow fitting would pass inside and the pipe can be flush with the wall. 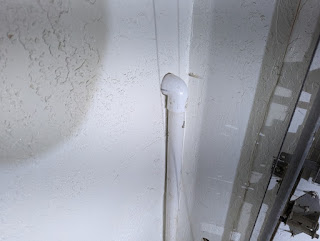 Extended the pipe to the exterior... 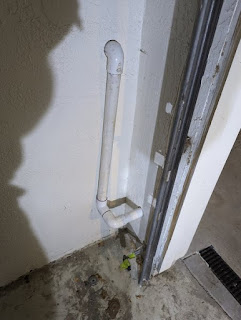 ...where it terminates adjacent to the new drainage channel: 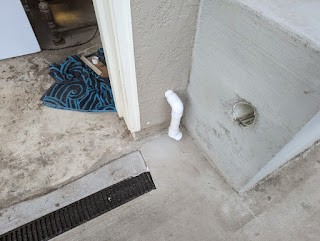