Back to ye olde concrete perimeter. I've really enjoyed working on the concrete floor, but the bread and butter of this project is the bench foundation. And that means back to working overtime with the jackhammer. 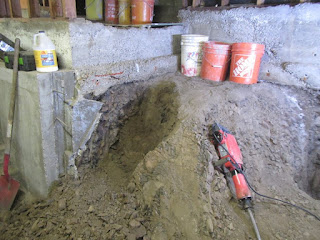 By now the space below the porch was staring to fill up. I laid a half sheet of plywood onto of the filled in section, so that I could get rid of more dirt at the far end. Crawling and emptying heavy buckets was a real work out. 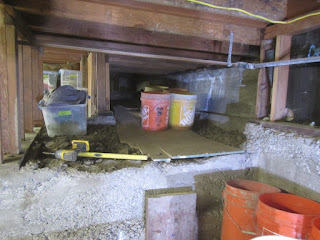 Finally enough dirt was relocated and I installed a 2" x 8" at what will be the end of the form for this section. 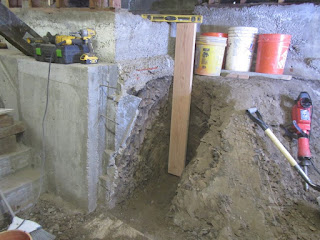 This is a closer view after the rebar and the main form were installed: 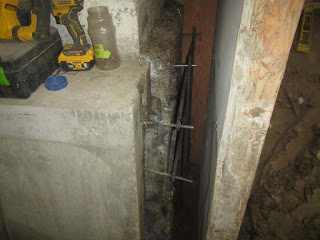 This photo shows how the perpendicular form will be installed, although it hasn't been attached at this point. 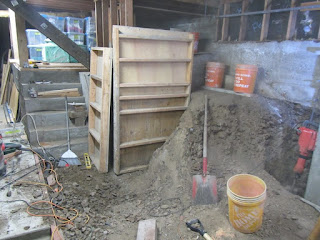 The small gaps between sections of the forms are sealed with expandable foam. Amy Sheep has become a master of the application process. 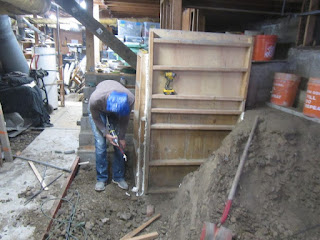 This next photo was taken a few days later after the forms have been removed and the concrete is partially cured. 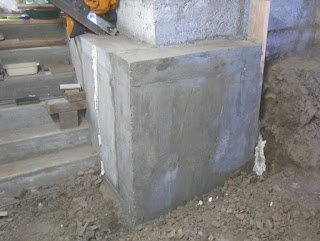 On to the next bit....I'm using the "rake down" method of breaking out rock, and then shoveling it from a piece of plywood in buckets. 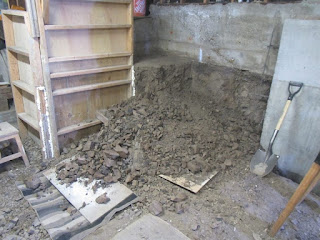 This is the view a number of hours (and buckets) later: 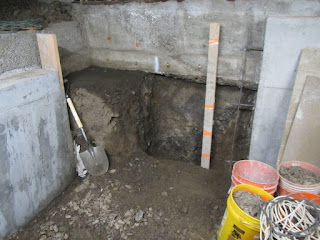 And another one bites the dust... 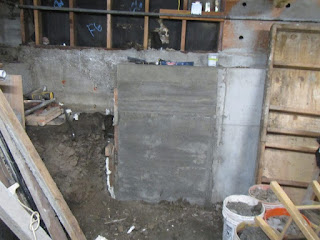 At this point, we have just one more section of the perimeter to dig out and replace with concrete. 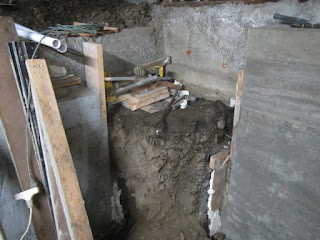