The project to end all projects. And before you ask, no, I'm not doing any of it myself, not one little bit. So, here goes: You can fit three large cars in our single-width driveway, but shuffling them around has always been a massive PITA, and it was even worse when we had four cars. Something had to be done before all the little sheep start showing up with their own vehicles* 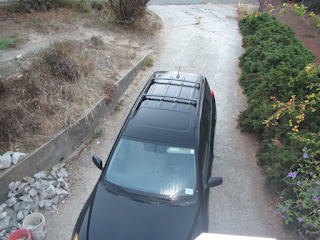 The area of the yard next to the driveway has been a slag heap so long that it has been taken over by vegetation. There is a height difference of about eight feet between the bottom of the driveway and where Amy Sheep's all-electric space wagon is parked. 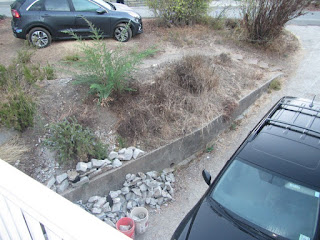 I was mostly at work on day one, but I managed to snap a picture of the concrete wall coming down: 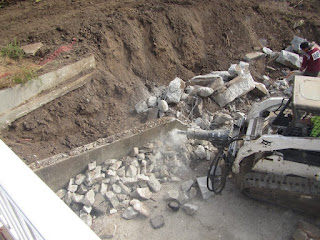 End of day one: No more concrete retaining wall and considerably less dirt. 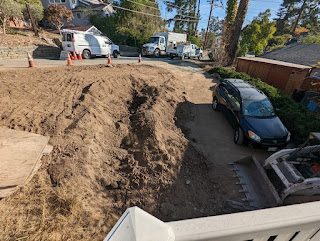 Day's two and three were for serious diggin'. 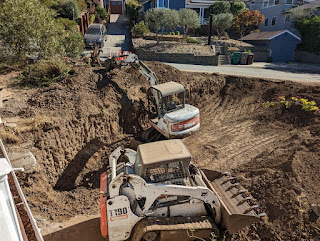 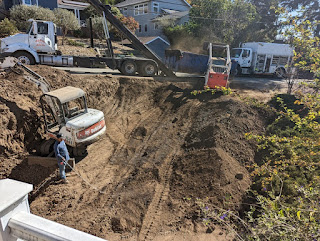 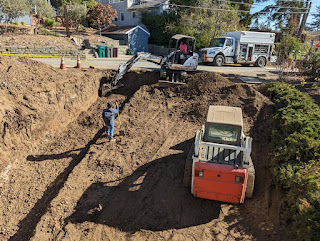 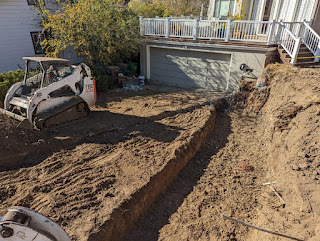 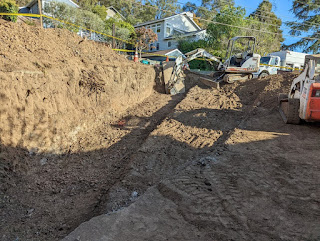 End of day three: The footing for the retaining wall will go in the bottom of this massive hole: 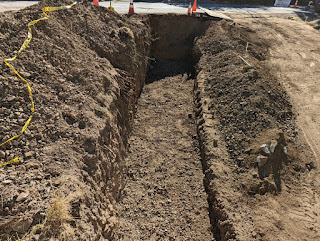 Marking out for forms for the retaining wall... 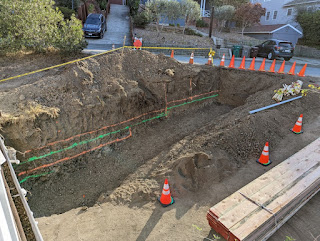 End of day four: Far side form is complete and rebar installed for the wall and the footing. The form is mainly constructed from 2" x 12" doug fir with some smaller dimension lumber. 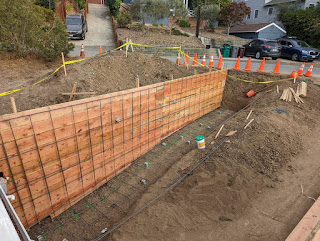 End of day five: Most of near side form has been constructed; the remainder will be built after the electrical components are installed behind the forms. 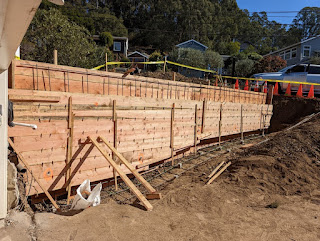 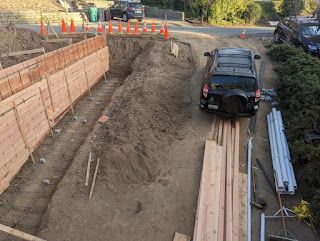