More progress on the driveway! This is the scene on the morning of Day 8, after two days of rain which has turned the whole yard into a mud slide. 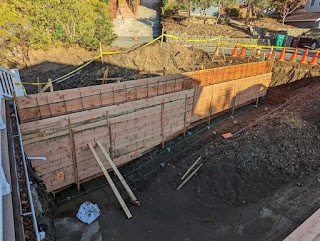 There is about a foot of standing water in the bottom of the footing. It carried on raining on and off during the day, but not enough to stop work completely 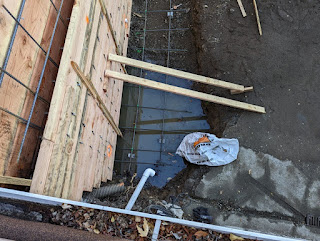 By mid-afternoon the blocking behind the wall was complete... 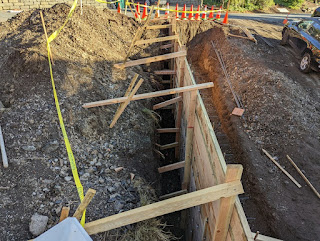 And at the end of the day the electrician came by to install the conduit which will go inside the wall and the recessed boxes for the lights. You can just about see this in the next photo, parallel to the rebar: 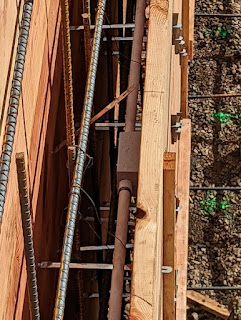 The next day the weather was nice enough to complete the driveway side of the form and install the blocking at that side. 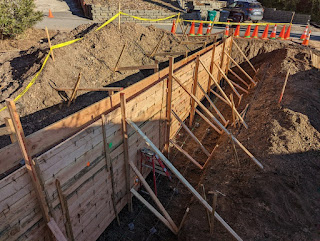 Then it was a case of rain rain, and more rain....for the next three days... 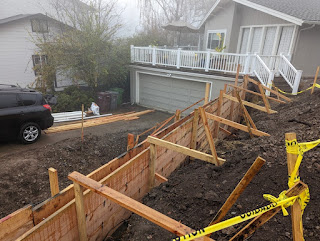 We had our pour scheduled for first thing Monday. It was a bit nerve wracking on Sunday when it was still tipping it down with rain, but in the event it was dry when it mattered.
The crew started rigging up at 6:00 am when it was still dark, and the first concrete truck pitched up at 7:00 am. The process starts with pumping concrete into the base of the footing and works up hill. 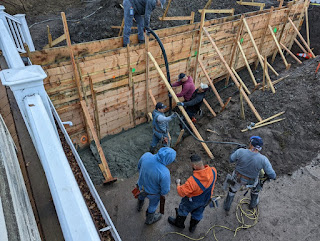 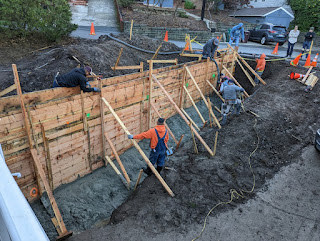 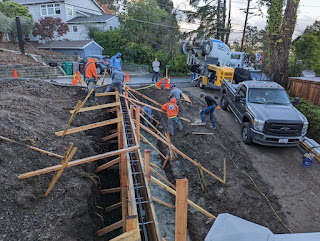 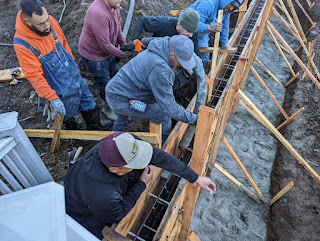 All the concrete was poured by 9:00 am. It took three trucks and twenty four (24) cubic yards of concrete to pour the footing and the wall. Time fort cuppa tea. 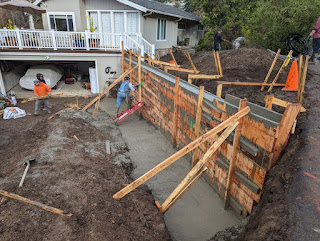 The finishing process starts as soon as the last concrete truck leaves. Stripping the forms on the day of the pour enables the wall to be finished to a much higher quality, but is fraught with danger: strip too soon and the concrete will fail!  Not many contractors would strip a wall this size on the day of the pour, but the guys from Veteran's Concrete don't take any prisoners! 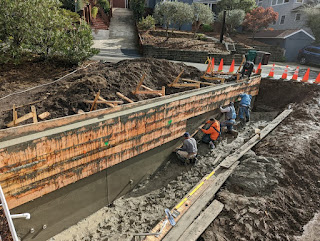 The excess concrete is cleaned off the forms; some of the lumber will be reused for the driveway and entrance path. 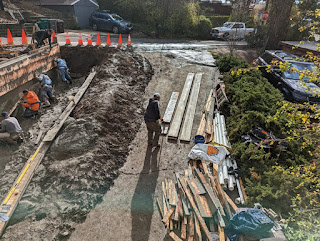 The next photo shows the contrast between the finished section of the wall and the upper section which has just been stripped: 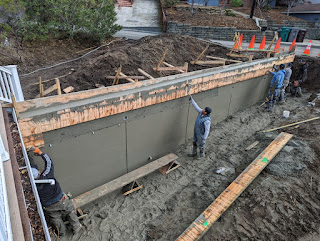 There was just enough time to finish the face of the wall and construct a basic structure to support some plastic sheeting... 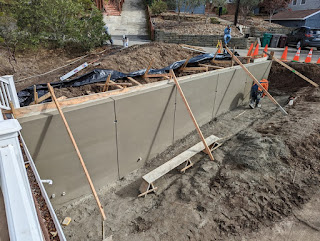 Before the heavens re-opened: 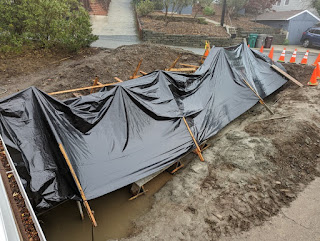 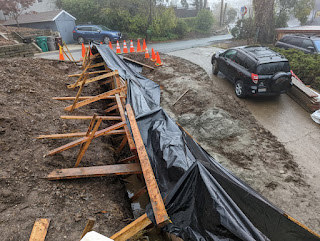 Now there is a footing below the standing water: 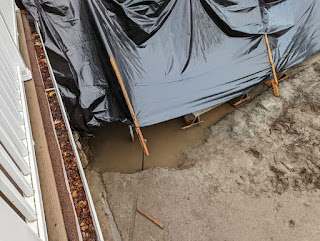