I like to collect stuff. I'm not really sure why, neither of my parents are collectors - they call collecting "hoarding" and talk of hoarders with disdain, even though I know for a fact my Mom had a pretty decent stamp collection in her youth. And my maternal grandfather used to collect old keys; he had hundreds of them hanging from the ceiling in his garage. With me it started with vinyl records and cds, posters, stuff like that. More recently its been tools, antiques, guitars, cloth patches, and even original matchbox cars, some of which I've been restoring.

One of my favorite things to collect is antique metal tins. This collection started with the old Germolene dinner money tin I used to take to school back in the mid-70's - back when a one pound note was enough for a whole weeks school dinners. Mind you, I would have happily paid a quid a week NOT to have to eat the muck they used to serve up.

I spent a little while organizing some medical-themed tins into a rectangle and then I made the frame shown below from some off-cuts of 2" x 1" oak I had on hand. I cut identical rebates at the front and back of the frame. This is actually a project that I started over a year ago and then finished up during the shelter-in-place that's just ended. 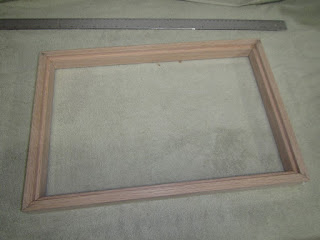 The frame had been sitting around for a while when it was rediscovered. I sanded it down to 400 grot and wiped-on some English chestnut stain. 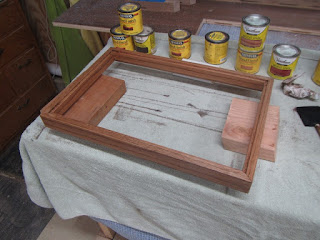 When that was dry, I laid on two (2) coats of satin polyurethane. 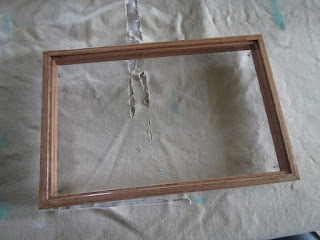 The front "glass" will be cut from a sheet of polycarbonate. I might replace it with non-reflective glass in the future. 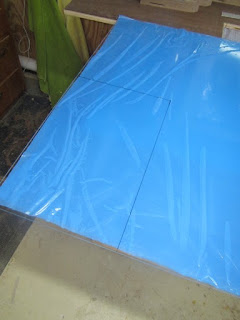 The back panel consists of a scrap of pegboard and a sheet of mount card to which the tims were attached with double-sided sticky tape, as it is known to Blue Peter viewers. The back panel is removable if necessary. 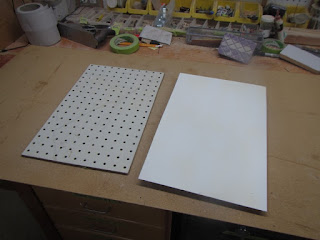 This is the finished look. The metal corner pieces which hold down the glass/polycarbonate are nailed on with the world's smallest pins. My favorite tins now is the green Selaxa tin that I inherited from my maternal grandfather (it was in his tool chest), and the Germolene tin. My brother used the adjacent Elastoplast Airstrip tin for his dinner money. 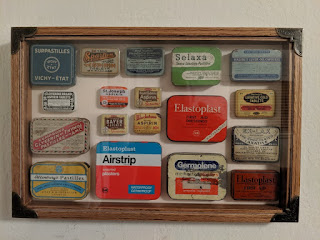