It's thanksgiving and, like folks all over the good ol' US of A, we're roasting the turkey, preparing the stuffing and baking a massive apple pie. Actually, we're doing nothing of the sort. Thanksgiving in this  neck of the woods is an excuse for prolonged DIY activities. I mean, what else are we going to do with four days of vacation time? Over the years I've moved house on the fourth Thursday of November, I've built a retaining wall and I've installed skylight. Not at the same time mind you...

So, down to the basement, and this is the somewhat muddled scene looking towards the unfinished section of the perimeter, very early on the Thursday morning: 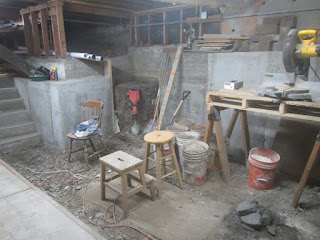 And this is the even more cluttered and dim view looking in the opposite direction. The level of the dirt in this area needs to be lowered by between six and twelve inches before we can install the concrete floor. 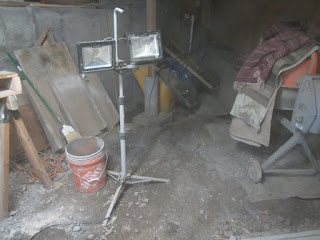 This is the much more orderly scene in the driveway at the same time: 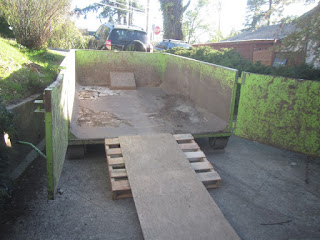 After clearing all the construction detritus out of the way, I got started in the far corner with a combination of the jackhammer and the shovel. Amy Sheep worked the wheelbarrow. 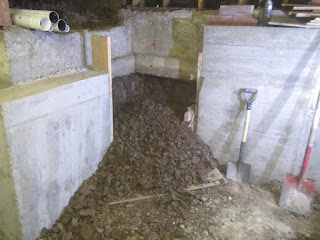 This is after a couple of hours of serious sweat-inducing effort. Then we moved on to the floor. 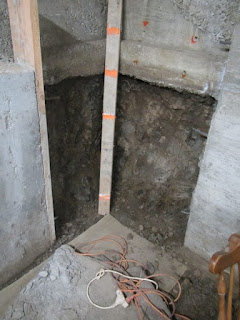 By the end of Thursday we had done a first pass over most of the floor - the island where we have been parking the wheelbarrows remained for another 24 hours. 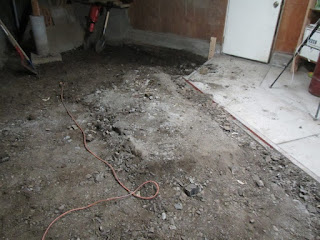 By the end of so-called Black Friday, we had completed the second and final pass across the floor and everything was leveled out and (almost) ready for concrete. 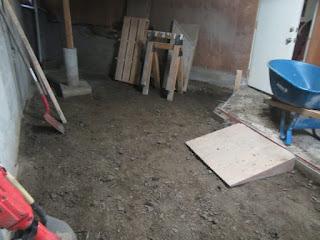 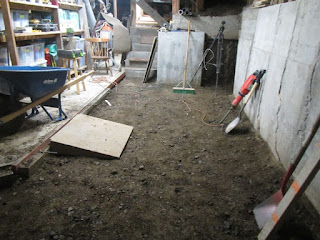 We still had a little bit of space left in the dumpster, so I modified the ramp and I had Amy Sheep spend her Saturday morning topping it off with dirt from the front yard. 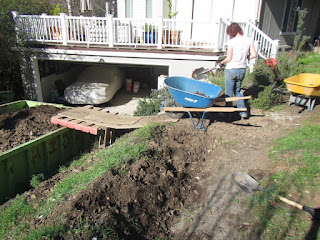 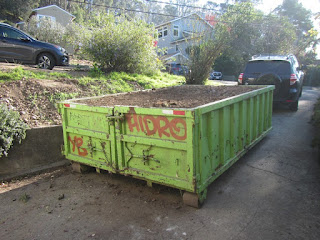 And we made a sizeable dent in the slag heap that we used to call a front yard.... 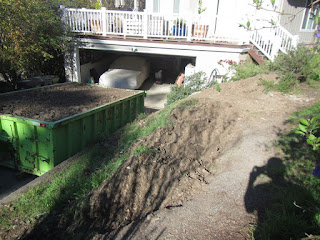 Tune in next time to see us spend Christmas day swapping out our water heater!