You might assume, if you read this blog regularly, that we have just one project going on at the moment. Well not exactly. We also have/had a brick patio in front of the house which we need to see the back off (and the underneath, etc. etc.). I actually chipped off about six feet of the patio about a year ago, so that we could install our new fence and gates.

The reason for returning to this demolition project right now (in DIY time) is that I wanted to throw the broken-up bricks and concrete into the dumpster with all the dirt from the basement. It turns out that this was overly optimistic: we'd have been lucky to get rid of much rubble if we'd ordered two dumpsters. That being said, we wanted the patio to do one, and we had the man and machine on hand.
I found out last time that the patio is just too thick to breakout in one layer. I've got much more jackhammer experience at this point, so I can work more efficiently, but I still had to start by peeling off the top layer of brickwork first. 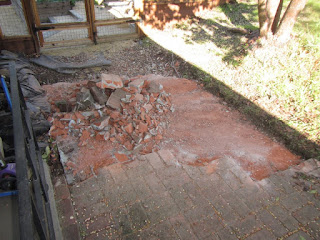 It quickly became apparent that I wasn't going to have enough buckets to cope with the debris... 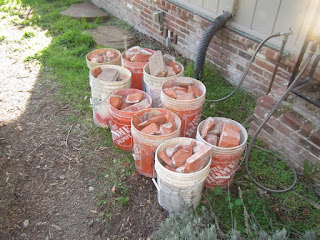 I carried on peeling back the brick and tossing the larger chunks onto a tarp next to the patio. 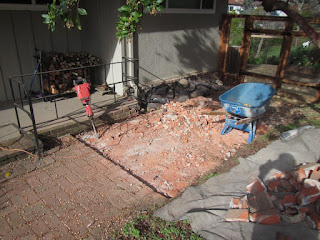 This seemed like a good time to let the jackhammer cool down while I removed one of the porch railings. 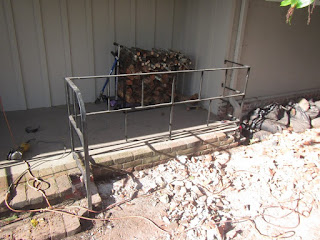 A few waves of the screaming cutting wheel of death, and there it is....gone! 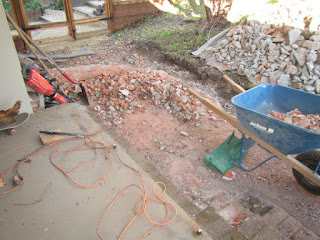 Back to jackhammering! By now I have got rid of all of the brick layer and have made a decent start on the concrete slab. If you're wondering why I'm working along the outer edge first, it is because that side of the slab is thinner and therefore easier to break up. 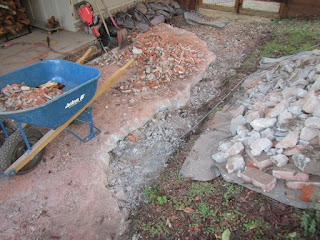 This work was not all done in the same day or even the same week, so at the end of each session I had a cleanup and took a photo. 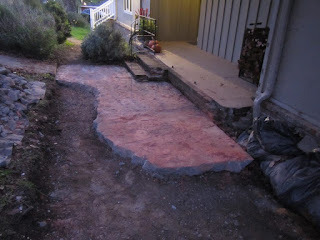 By this point we had accumulated a second (and growing) slag heap in our front yard. Oh well...one more section we won't have to maintain for a while. 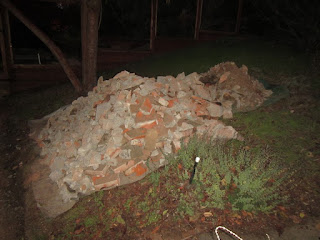 Eventually the second railing and the adjacent bush will also be removed... 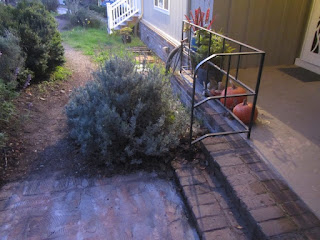 Fast forward to another sunny evening in December, and I had a bit of time after work to slam on the patio. The session concluded with two small chunks of concrete left to deal with, both of which move... 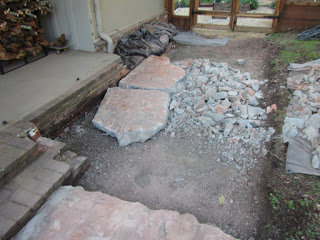 ...and a strip between the entrance walkway and the porch, which I am leaving until last: 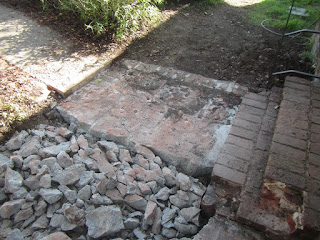 The railing in front of the entry door is still clinging on at this point, but the lavender bush has been pulled out like a rotten tooth and the root stamped on. 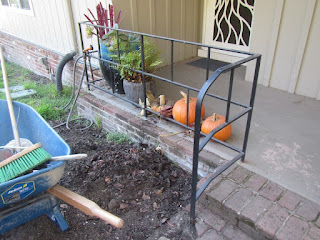 Next time around I had a full day to work on the patio, and after a slow start I powered through and broke out the remaining concrete: 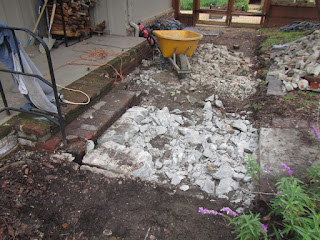 After cleanup, I cut out the second railing and moved onto the brick steps... 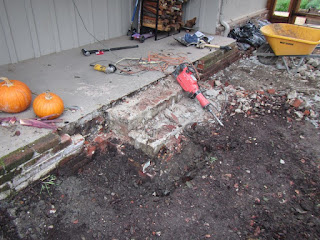 Next target: the brick ribbon at the perimeter of the concrete porch 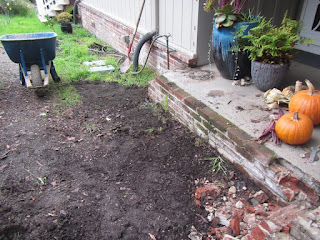 The last bit would have been the concrete foundation below the brick steps, but it was getting late by this point, so I decided to leave this bit until next time. 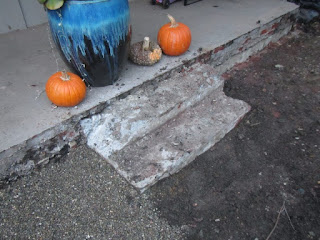 After cleaning up all the bits of broken brick and concrete I leveled out the dirt in front of the porch and spread pea gravel over this area - we need something to walk on for the next few weeks, and I happened to have some gravel left over from the other project I have going on. 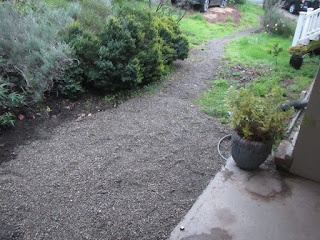 This is looking towards the gates from in front of the entrance. I put gravel down in the area between what is left of the steps and the entrance walkway. 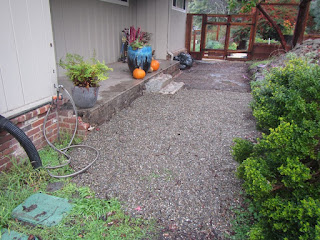 By now we have a huge slag heap to deal with. There is probably enough material here to fill a 10-yard dumpster without the other massive slag heap next to the driveway... 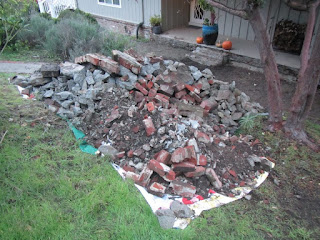 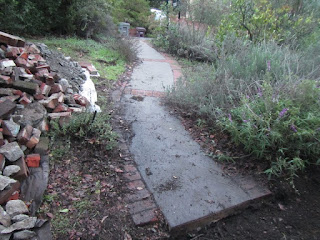