La-de-dah! It might be Monday afternoon, but I got off work early and Amy Sheep was literally just back from San Diego....so naturally we put t'ettle on tut stove and then sat down on the living room settee* broke out the drywall compound and started texturing the ceiling around the lightwell. Well, you would, wouldn't you? OK, you probably wouldn't, but we want the living room back asap and that means full steam ahead and both hands on the tiller. And Rome wasn't built on a Monday afternoon, was it? 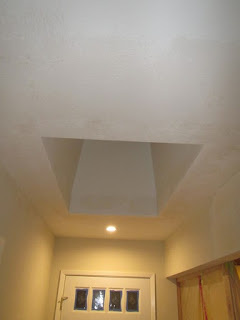 After the ceiling we textured the hallway wall that is now about six (6) inches longer than it used to be... 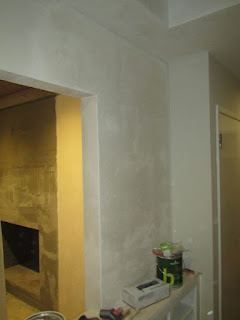 ...and same again on the wall to the right of the fireplace that used to be mostly brickwork. 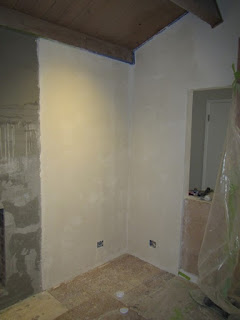 After that Amy Sheep found something better to do while I slapped a second and final coat of paint on the lightwell, shoe rack and broom closet: 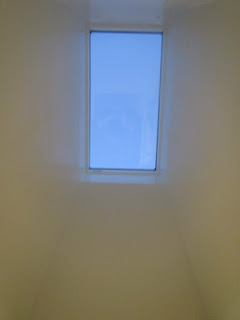 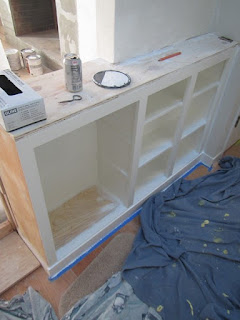 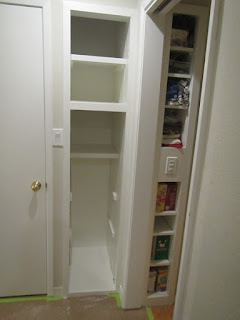 It was well past tea time when I was done. By now the thinset I put above the fireplace yesterday is starting to cure. 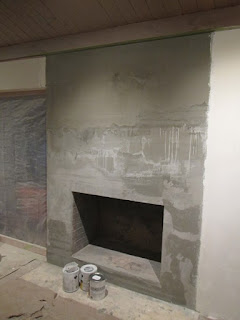 This is how the rest of the living room looks at the moment: 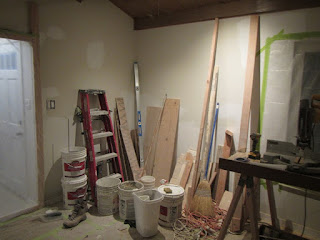 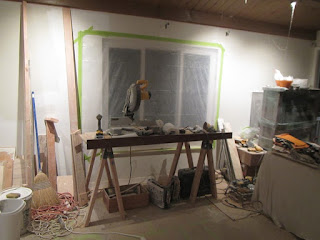 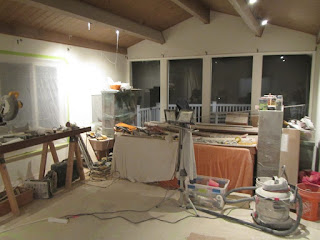