It's been THIRTY-NINE days in blog time, which just so happens to be the same length as a season of the Survivor™ TV show, and....we're done! The final hurdles were the reinstallation of the fireplace doors and the top panel at the shoe rack. One of these was a piece of cake, and the other one wasn't.

This is the fireplace door - it's a lot heavier than it looks, and this is the main issue with reinstallation. Originally, the door sat directly on top of the stone hearth, but that won't be possible going forward... 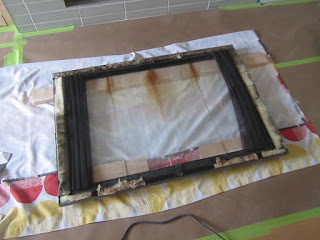 I must say that this has been the most challenging part of this project - hence it's the last bit - and I've been through a number of design ideas before I got to one that I thought would actually work. I started off by fashioning a couple of supports from a length of 1½ steel angle. 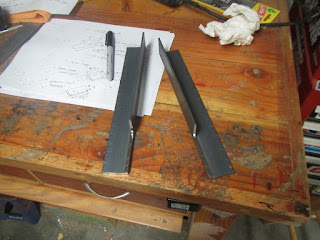 After a quick visit to tut pillar drill, the supports were ready to be installed. 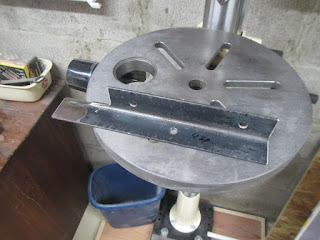 This is the concept: the brackets bolt into the brickwork at the sides of the firebox, and protrude just less than one inch forwards, providing two "shelves" for the doors to sit on. 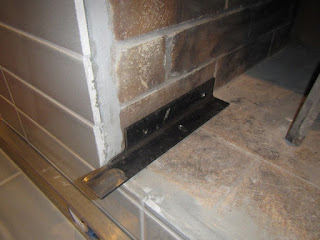 However, after a quick test I found that the center of the doors sagged under their own weight, puting the glass panels out of alignment. After another lengthy period of head scratching, I came up with a solution that involves running another length of steel angle across the front of the firebox; this turned into an opportunity to fire-up my MIG welder which has been packed away since December 2015. I didn't take any photos of the fabrication, but the following picture shows the finial install: 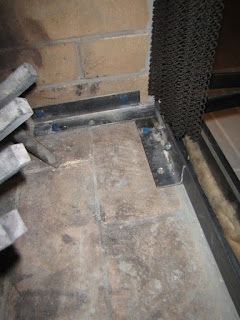 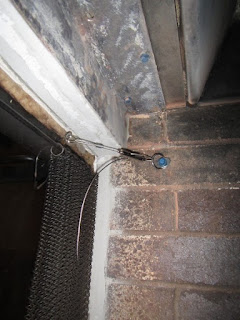 This is the finished look, all ready for our first real fire! 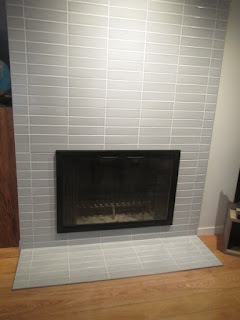 While all this was going on I also found a few minutes to install the top panel at the revamped shoe rack. I used King's method for the glue up.... 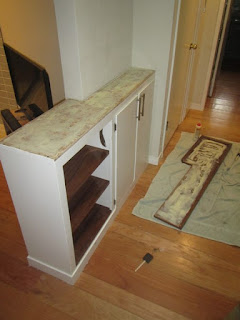 I couldn't clamp the panel, so I weighed it down overnight with a few bricks and a gas tank. 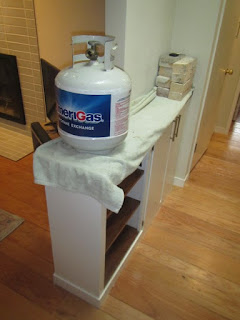 Came out real nice....stand by for a summary of the entire project! 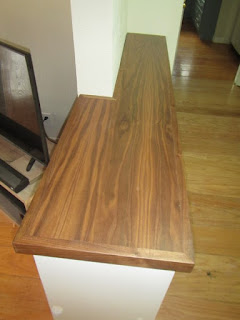