In addition to the workshop, the house came with a super-sized double garage. The thing is, we've been so focused on remodelling the house over the last two years that the garage - and the '68 for that matter - has hardly had a look in. The photo below is how the garage ended up after minimal effort: bench and tools on one side, covered-up-car on the other. 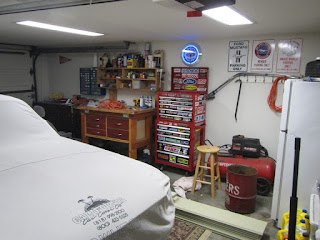 I've had plans for the garage for a while, but the doing bit was pencilled in for 2021 at best....it's funny how things work out. The first step of this project was to hump everything from the garage into the unfinished part of the basement. Well...everything except the the work bench because that wouldn't fit through the basement door. 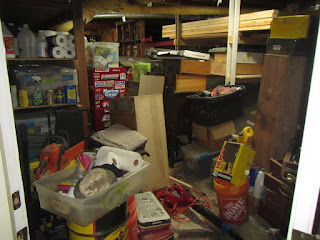 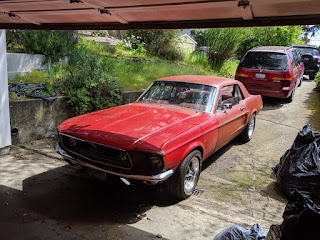 The right side of the garage has some pretty heavy oil stains, and the Mustang has probably added to them - it's a Ford after all. I need to get rid of the bulk of the oil before I can apply my epoxy-based floor coating. 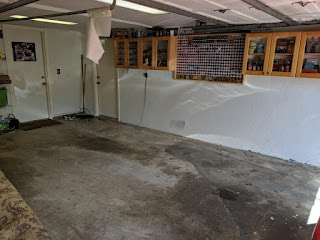 I've done the old oil-off-concrete removal thing once before, so I know what to use - it was actually about ten years ago, but I still had half a gallon of the product on my shelf. Pour-N-Restore™ is a viscous white paste, which you spread onto the stain. This product absorbs the oil over a period of 5-8 hours, after which a powdery gray residue remains which can be swept up with a stiff broom. 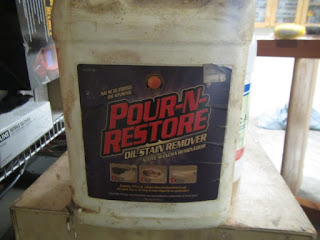 I already know the product works, but it's worth documenting. I used a scrub brush to spread out the product, but it is not necessary to scrub aggressively. 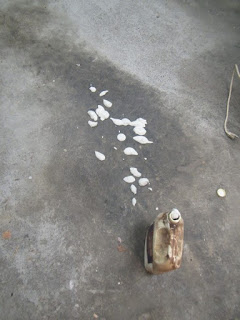 This is the spread-out look: 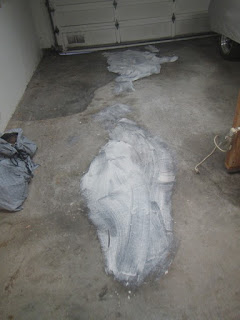 Next day after sweeping, and the stains are about 20% of the original size; the most stubborn areas were given a second application. The other side of the garage was done in the same way after I moved the car over. It is not necessary to remove the discoloration entirely - the concrete just has to be clean enough that water does not bead up on the surface. 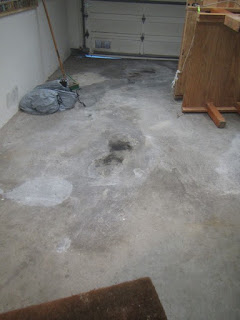 After three of four days of on-and-off pootling around with the Pour-N-Restore™ I had gone as far as I could. Then, on Friday April 17 I finally had a full day with nothing better to do than crank up the Big Beast - or as my paternal Grandfather might have called it, tut 'lectric 'ose pipe. There is a decent argument that I should have started the project with this bit of kit, but I didn't own it back then... 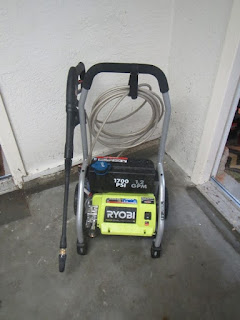 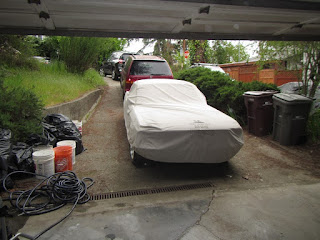 The power washer did a really good job, but I was disappointed by how much oil was still present in the areas I thought I had cleaned...I guess I should have done a second application everywhere... 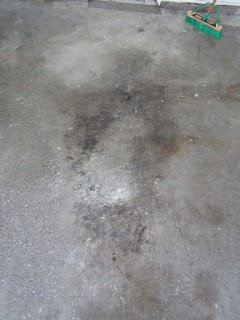 I tried sploshing on a bit more Pour-N-Restore™ and working it over with a stiff brush...and this method worked fantastic! A quick re-do with the pressure washer and no more oil stains at the right side of the garage: 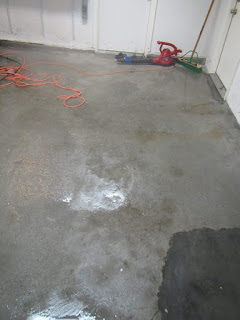 For some reason, it didn't work at all on the left side - the stain in this area was really stubborn. 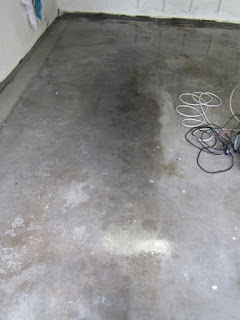 More concerning was that water was still beading in this area, which means my epoxy coating will be difficult to apply... 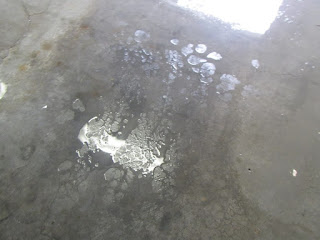 So...time to GET SERIOUS! Fortunately I already picked up a couple of gallons of Muriatic Acid for this eventuality....(In my old life I would have called this HCl (aq) or conc. hydrochloric acid, chemical formula H2O.HCl). 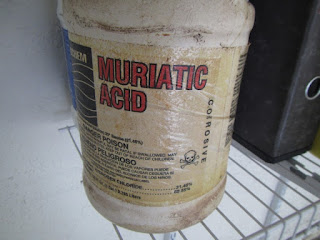 I tested a small sample of neat acid to make sure it worked, and it did. 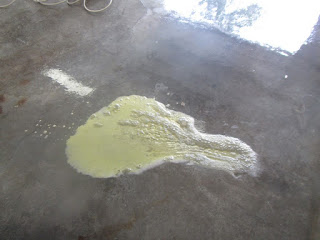 This is the look after I washed the floor down with a 3:1 water/acid solution, then rinsed and repeated. The concrete is a lot cleaner than it looks in these photos. 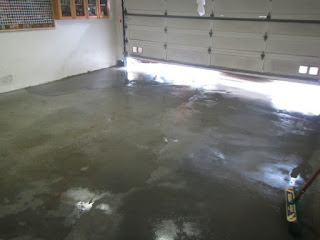 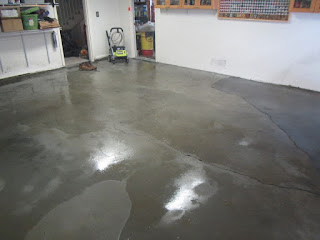 There is an annoying ledge at the rear of the garage where the foundation is exposed. It's very difficult to keep this area clean because the concrete is so rough. The pressure washer made light work of the dirt though... 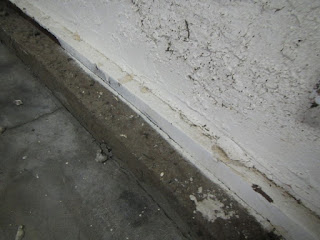 And then I mixed up some thin set mortar I had left over from the fireplace remodel. Amy Sheep was not on hand to do the mixing this time, unfortunately. 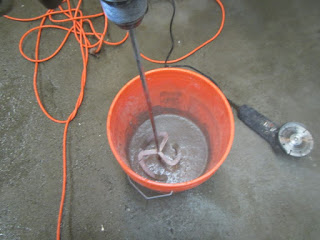 This is post-install - I didn't worry about getting the thinset level, I just want a flat-ish ledge than I can sweep down when I need to. 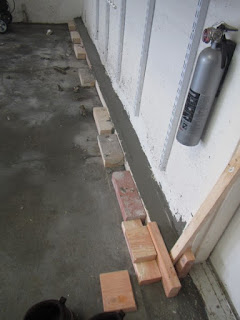 It was about 3pm by this point and I was in serious need of a nice cup of tea and a sit down, not to mention a bourbon cream, or maybe even a club fruit. And some dry clothes - my work pants were soaked from the knee down. The floor wasn't quite dry, but I put the '68 back in the garage anyway and sloped off upstairs to put tut' tettle ont stove and to see if my locust-like bread snappers had left me any cookies.* Tune in next time to find out what color epoxy I'll be installing...! 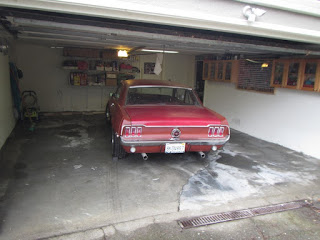