Time for something completely different! I think I set my workshop up property about eighteen months ago. Apart from moving a few a few tools around I've been happy with it. I always planned to build some sort of display shelf above the peg board, but wasn't a top priority....until now that is.

When I put up the pegboard I started with a 4' x 8' sheet, and I cut off about three inches at the right edge so the pegboard didn't obscure the electrical panel. After a while I realized I didn't need the top few inches of the pegboard because I have to really stretch to reach it - the depth of my workbench doesn't help. 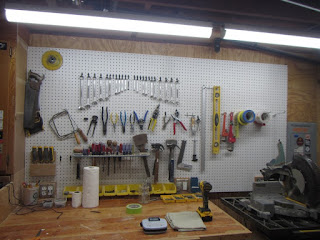 This is how it looks with the pegboard trimmed down about six inches - I had to take it off the wall to do this, which was a bit of a drag. 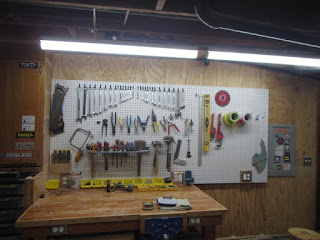 Once the pegboard was back on the wall I cut and installed some 2" x 4" spacers which I beveled at 30 degrees on the front edge - the main reason for the spacers is to work around the copper pipe in this area. 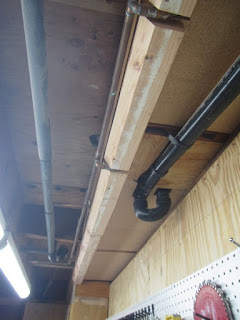 This is a piece of pre-primered exterior siding that was left over when we converted the sliding door in the office to a window. 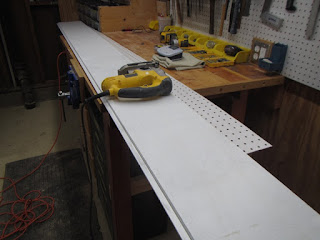 I cut the siding into two strips on the table saw - both of these strips were beveled to 30 degrees as well. 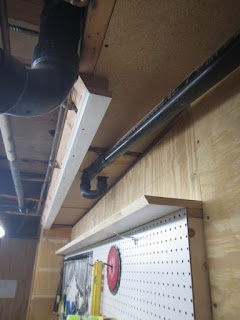 The edge panel was made from some scrap plywood which I fitted around the waste pipe: 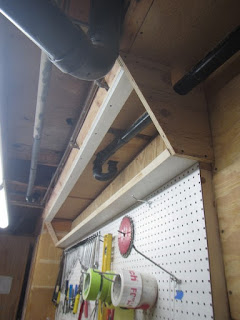 A couple of dividing strips were added, and then I primed and painted the cabinet over several days. I painted the waste pipe as well in order to hide it as much as possible. 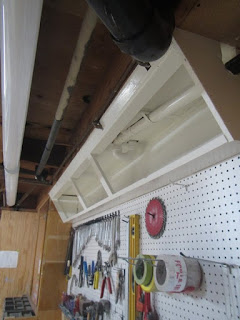 This is how it looks with some tat installed: 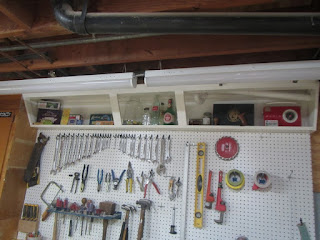 I covered the two large sections with some polycarbonate I had left over from another project: 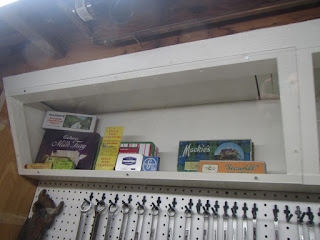 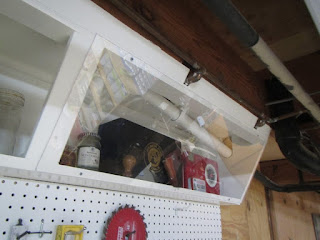 I did not have enough polycarbonate for the central section, so that will have to wait until the shops reopen... 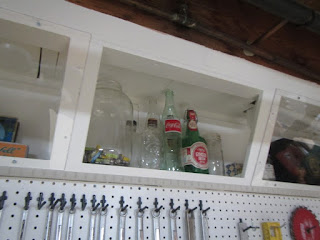