Ahhh....Sunday again, time for a lie-in....like every one of the last six or is it seven days? After breakfasting on foie gras, quails eggs and Russian caviar, washed down with some freshly squeezed grapefruit juice, we were ready for action.

After very lightly sanding the part-varnished hardwood with some 400 grit paper, we laid down the final polyurethane coat and called it done. We can walk on it properly in 72 hours, which will be Wednesday morning. 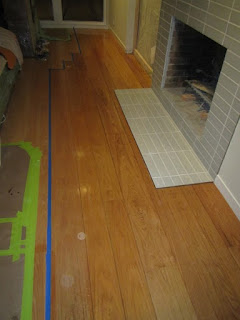 After that Amy Sheep moved on to painting the exterior side of the entry door, and I went up to the attic to connect the new outlets we installed on NY eve. While I was at it, I replaced as much of the antiquated un-grounded cable as I could get at. Basically, this.... 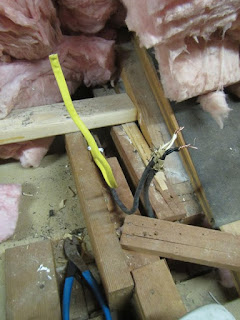 ....became like the photo below. I've replaced more than half the wiring in the attic with ground-carrying cable. This time around I re-cut some of the panels at the attic floor. If When I need access to the electrical in the future, I will only have to lift small sections in the boards. 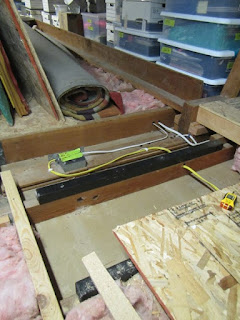 I also finished up the new recessed lighting in the second part of the hallway... 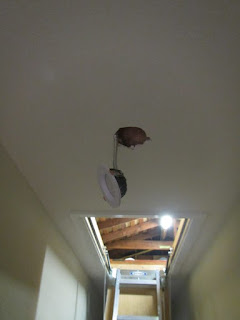 I put three lights where we used to have only one, and I put two more in the entrance hallway - we lost our original light when we put in the skylight. 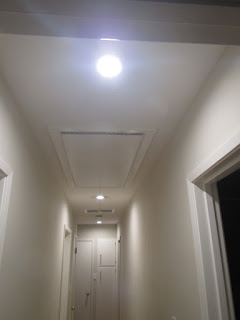 By then it was time to pop the hinge pins back in on the entry door for the final time: 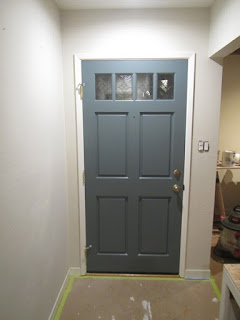