It's been another busy weekend in the Sheep household, but in between all that there were a still a few hours fort crackin' on wit front room - most specifically repairing the hardwood flooring around the new tiled hearth.

Instead of makin' good, I actually started off by ripping out some more of the existing flooring. The previous owner was fond of boring ½ inch diameter holes in hardwood, and I wanted to take the opportunity to get rid of three of them. I forgot to take a "before" picture, so this is actually the view of the subfloor - but you can still see the holes. 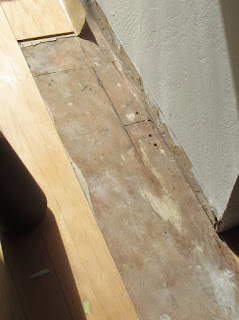 I put down a layer of tar paper, and then I trimmed the original board, and slipped it back into place. 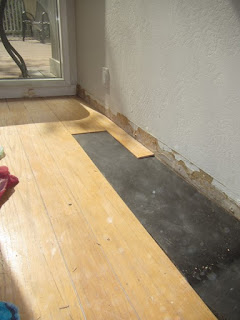 The first few boards went down pretty easily. I've had plenty of practice at repairing hardwood floors in this house by now, and the cuts were all 90 degrees. I also managed to salvage several pieces of the original flooring which I removed some weeks ago when we were building the supporting structure below the hearth. 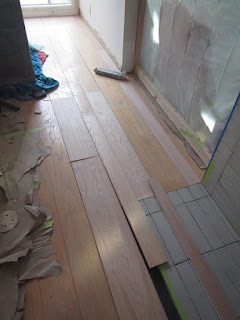 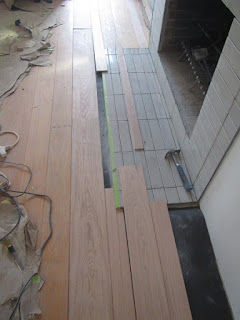 A few more straight cuts, and a second "L-shaped" section, and I was one piece away from being done. 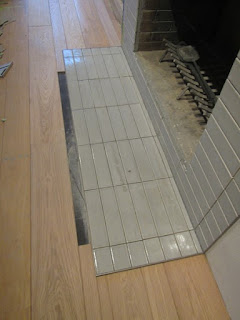 The final piece of hardwood took a couple of attempts to make and a lot of back and forth with the block plane. 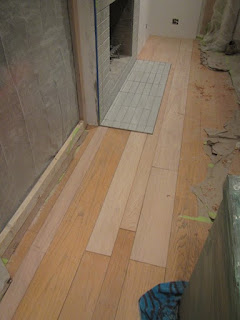 Then it was over to the other side of the room where a rancid brass-plated floor outlet has been installed at some point, probably in the 1980's.  I disconnected the power to the outlet over a year ago, so it was a simple matter of digging it out of the floor.... 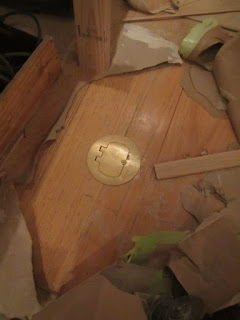 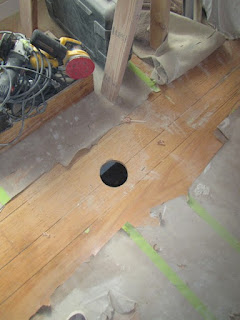 I pulled up the damaged boards... 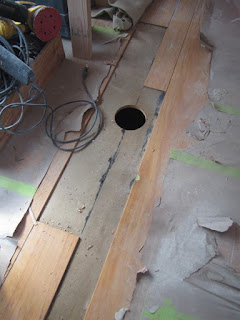 ...and installed some pieces of 2" x 4" timber below the subfloor. 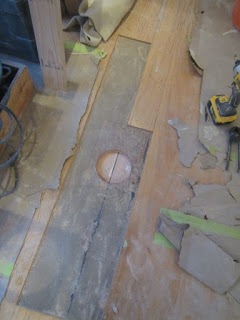 The hole in the plywood subfloor was patched... 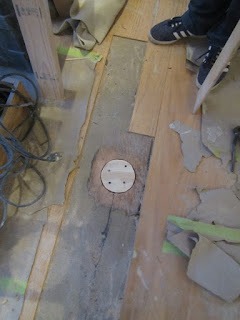 ....and several pieces of hardwood were laid over the repaired subfloor - these sections were salvaged from elsewhere in the house, so this area will hopefully only need minimal refinishing. 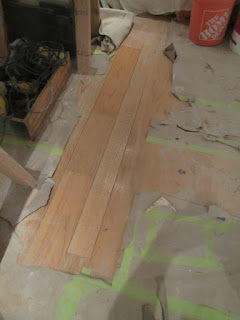 So there you have it - the hardwood has been patched all through the living room, but it still needs nailing down and sanding....watch this space! 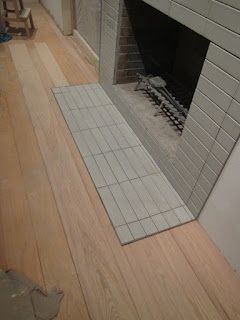