It's Tuesday March 24, 2020, so it's been two days in real time since my last post. I've been chipping away at the living room in that time, but mostly I've been waiting for the hardwood floors to be ready for foot traffic.

In the meantime I turned my attention to the panel for the top of the shoe rack - the original to piece was a hideous slab of polished some-kind-of stone, with a best before date somewhere in the mid 80's. Our preference was for some real walnut that would tie-in with the desktops we built for our office. This is the concept: 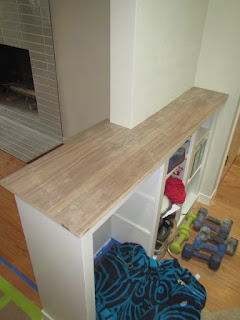 This is later after I squared-up the three edges which mate with the wall and cut some trim pieces. Now I can make a line where the other three edges need to be cut to be flush with the cabinet. 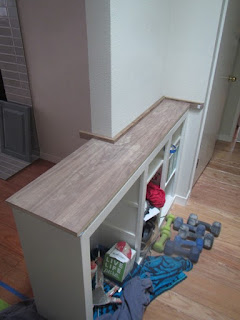 I used my super long spirit level as a guide for the router's flush trim bit. 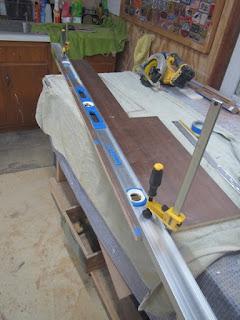 After test fitting and tweaking, I cut the rest of the edge pieces... 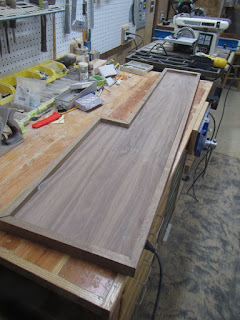 I'll be attaching the edge trim with #20 biscuits... 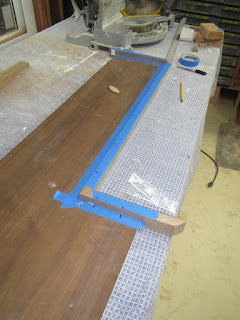 ....but I cut the slots before I realized I am out of biscuits, so this part of the project is on hold until amazon delivers in a few days time. 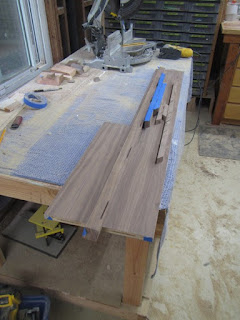 By now the walnut shelves I made on day #18 have been varnished and were fully cured, so I installed them in the shoe rack. The bottom shelf is glued in; the others are removable but not adjustable. 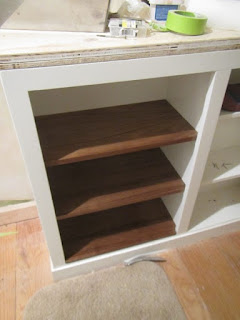 I moved on to making the cabinet doors which will go next to the shoe rack. Nobody is more surprised than me that I am working on this part of the project before the Summer. I making the two doors out of ¾ inch birch plywood. I spent plenty of time making the first door absolutely square, and then I used it as a template to make the second door. 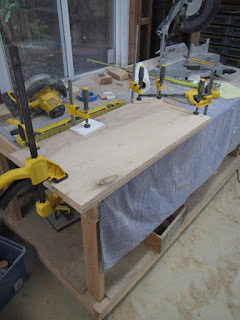 The doors are recessed inside the cabinet face frames. This makes the doors look thinner while maintaining the integrity of ¾ inch panels, and also matches the doors at the broom closet at the other end of the hallway.  The rabbits were all cut on the router table. 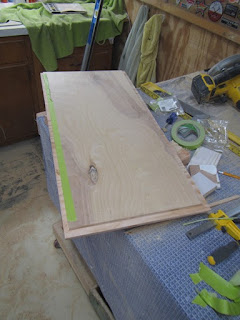 Test fitting of the first door was looking good when I got called away to play Cludeo.™ 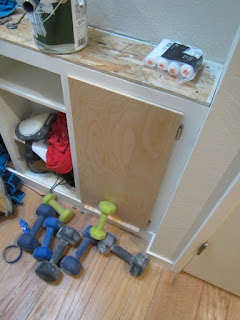